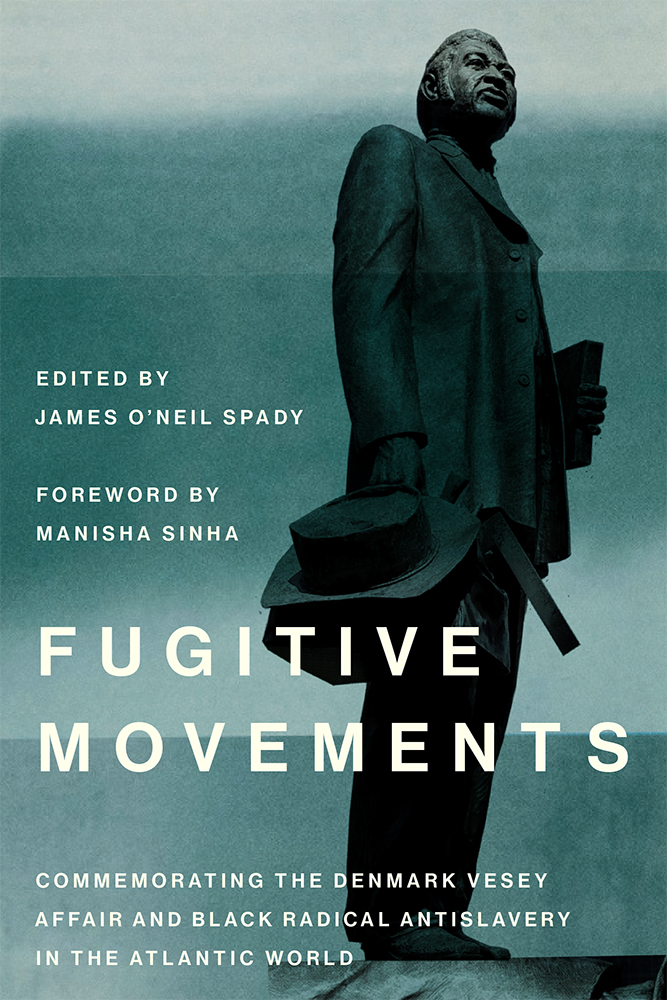 In 1822, White authorities in Charleston, South Carolina, learned of plans among the city's enslaved and free Black population to lead an armed antislavery rebellion. Among the leaders was a free Black carpenter named Denmark Vesey. After a brief investigation and what some have considered a dubious trial, Vesey and thirty-five others were convicted of attempted insurrection and hanged.

Although the rebellion never came to fruition, it nonetheless fueled Black antislavery movements in the United States and elsewhere. To this day, activists, politicians, writers, and scholars debate the significance of the conspiracy, how to commemorate it, and the integrity of the archival records it left behind. Fugitive Movements memorializes this attempted liberation movement with new interpretations of the event as well as comparisons to other Black resistance throughout the Atlantic World—including Africa, the Caribbean, and the Northern United States.

This volume situates Denmark Vesey and antislavery rebellion within the current scholarship on abolition that places Black activists at the center of the story. It shows that Black antislavery rebellion in general, and the 1822 uprising by Black Charlestonians in particular, significantly influenced the history of slavery in the Western Hemisphere. The essays collected in this volume explore not only that history, but also the ongoing struggle over the memory of slavery and resistance in the Atlantic World.

Manisha Sinha, James L. and Shirley A. Draper Chair in American History at the University of Connecticut and author of The Slave's Cause: A History of Abolition, provides the foreword.


James O'Neil Spady, associate professor of American history at Soka University of America, is the author of Education and the Racial Dynamics of Settler Colonialism in Early America: Georgia and South Carolina, 1700–1820.

"Fugitive Movements is a thoughtful and wide-ranging volume exploring not just the 1822 Vesey conspiracy, but black antislavery and resistance across both time and place. The collection draws on new ways of framing Vesey and evidence from around the Atlantic World to inspire a broader understanding of the world of Vesey and his co-conspirators."—John Garrison Marks, author of Black Freedom in the Age of Slavery: Race, Status, and Identity in the Urban Americas

"White Southerners who took up arms to assert their freedom in 1776 are revered, but mainstream thought traditionally ignored or reviled Black Southerners who aspired to do the same. Patient and varied recent scholarship has pushed Americans to confront that contradiction. This welcome collection reflects, and advances, the discussion admirably."—Peter H. Wood, author of Black Majority and Strange New Land