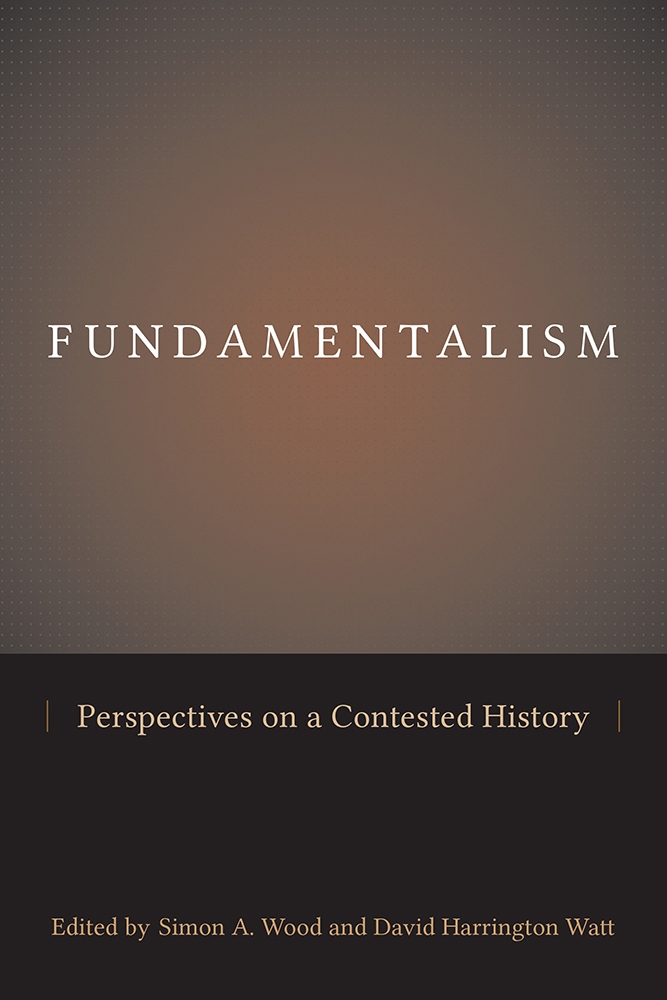 Perspectives on a Contested History

edited by Simon A. Wood and David Harrington Watt

Thirty years after the Iranian Revolution and more than a decade since the events of 2001, the time is right to examine what the discourse on fundamentalism has achieved and where it might head from here. In this volume editors Simon A. Wood and David Harrington Watt offer eleven interdisciplinary perspectives framed by the debate between advocates and critics of the concept of fundamentalism that investigate it with regard to Christianity, Islam, and Judaism. The essays are integrated through engagement with a common selection of texts on fundamentalism and a common set of questions about the utility and disadvantages of the term, its varied application by scholars of particular groups, and the extent to which the term can encompass a cross-cultural set of religious responses to modernity.

Although the notion of fundamentalism as a global phenomenon dates from around 1980, the term itself originated in North American Protestantism approximately six decades earlier and acquired pejorative connotations within five years of its invention. Since the early 1990s, however, many scholars have endorsed the view that the notion of fundamentalism—as relying on literalist interpretations of the scriptures, firm commitment to patriarchy, or refusal to confine religious matters to the private sphere—facilitates our understanding of modern religion by enabling us to identify and label structurally analogous developments in different religions. Critics of the term have identified problems with it, above all that the idea of global fundamentalism confuses more than it clarifies and unjustifiably overlooks, downplays, or homogenizes difference more than it identifies a genuine homogeny.

The editor's rigorous exploration of both the usefulness and the limitations of the concept make it an excellent counterpoint to the many books that have a great deal to say about the former and very little to say about the latter. It will also serve as an ideal text for religious studies, history, and anthropology courses that explore the complex interface between religion and modernity as well as courses on theory and method in religious studies.


Simon A. Wood is an associate professor of religious studies at the University of Nebraska–Lincoln and the author of Christian Criticisms, Islamic Proofs: Rashid Rida's Modernist Defence of Islam.

David Harrington Watt is a professor of history at Temple University and author of A Transforming Faith: Explorations of Twentieth-Century American Evangelicalism and Bible-Carrying Christians: Conservative Protestants and Social Power.

"All the essays are of uniformly high quality. This is an excellent teaching volume."—Choice

"How many books can claim to offer sharp insights into John R. Rice, Satmar Hasidism, and Ruhollah Khomeni? In this provocative collection, readers will discover twelve essays that grapple impressively with the comparative viability of fundamentalism as a descriptive category. Even as several contributors contest the accuracy of the term, the vibrancy of their insights suggests that fundamentalism remains an intellectually generative term, even when understood as a categorical enemy."—Kathryn Lofton, professor of religious studies, American studies, history and divinity, Yale University

"This marvelous collection has something to provoke every reader who has ever used the word fundamentalism to describe a state of mind other than one's own. Wood and Watt have assembled a fine group of diverse scholarly experts on Christianity, Judaism, and Islam—many of whom disagree vehemently with each other regarding the utility of fundamentalism. This book is a model of scholarly argument at its best, and on one of the most important religious and political subjects of our time."—Marie Griffith, director of the John C. Danforth Center on Religion and Politics, Washington University

"This volume offers a lively debate about the theoretical and analytical value of fundamentalism. Nuanced, thoughtful, and passionate in the conversations it engenders and expertly crafted by the editors, it is bound to become required reading from religious studies to history and political science."—Juliane Hammer, associate professor and Kenan Rifai Scholar of Islamic Studies, University of North Carolina at Chapel Hill