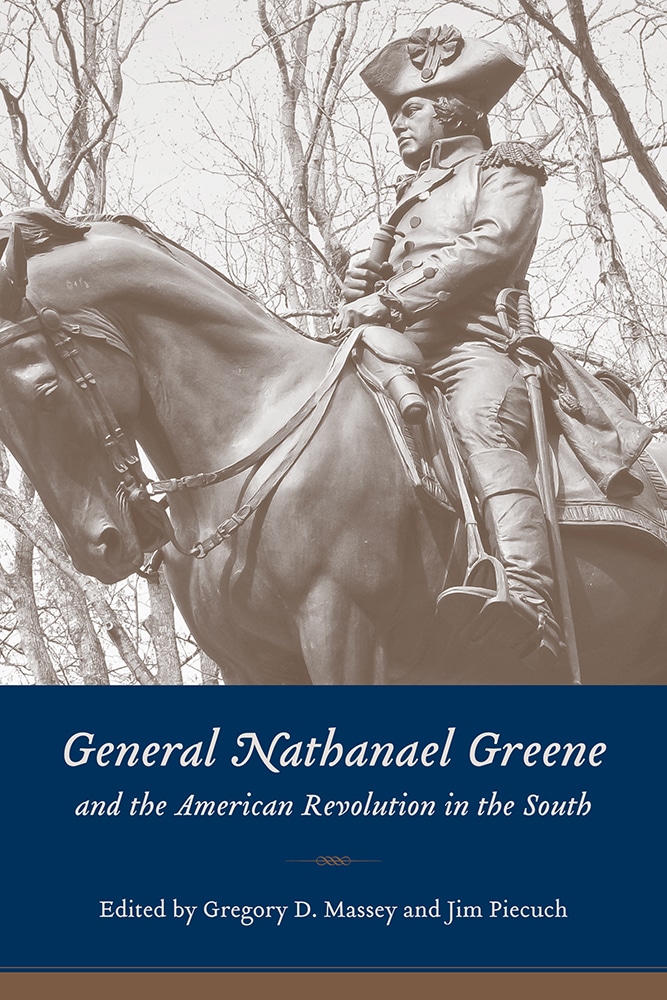 General Nathanael Greene and the American Revolution in the South

A major general in the Continental Army during the American Revolution, Nathanael Greene has received historical attention as a commander who successfully coordinated the actions of seemingly disparate kinds of soldiers—regular Continental troops, militia men, and partisan guerrillas. He has often been acclaimed as the second most important military figure of the Revolution, behind George Washington. General Nathanael Greene and the American Revolution in the South offers new perspectives on Greene's leadership of Continental troops, his use of the mounted troops of South Carolina partisan leaders Thomas Sumter and Francis Marion, his integration of local militia into his fighting force, and his proposal that slaves be armed and freed in return for their military service.

During the first five years of the War of Independence Greene served in the North as General George Washington's most trusted subordinate. Through successes, failures, and hard-earned experience, Greene learned that mobility, logistical support, and effective civil-military relations were crucial components of eighteenth-century warfare, and especially of a successful revolution. He applied these lessons as commander in the Southern Department, where he led one of the most startling turnabouts in American military history, reversing a rigid British occupation and saving American liberty. This collection of essays provides an assessment of the most important period of Greene's military career. Editors Gregory D. Massey and Jim Piecuch have compiled essays from distinguished scholars and written a joint introduction demonstrating how Greene's actions shaped the war in the South and deepening our understanding of Greene's role in winning American independence.

Gregory D. Massey is a professor of history at Freed-Hardeman University in Henderson, Tennessee. He is the author of John Laurens and the American Revolution.

Jim Piecuch is an associate professor of history at Kennesaw State University in Georgia. He is the author of The Battle of Camden: A Documentary History and Three Peoples, One King: Loyalists, Indians, and Slaves in the Revolutionary South.

"The Revolutionary War in the South increasingly absorbs the attention of historians and of the public. Nathanael Greene was central to that war's outcome, and with the recent completion of the publication of his papers, we have gained more and more insight into his character and his role in the ultimate victory. The essays in this volume represent a major push forward. Here we begin to learn about Greene as a manager, as a manipulator, as a thinker, and as a fighter. Highly recommended!"—Wayne E. Lee, Professor of History, University of North Carolina at Chapel Hill, Chair of the Curriculum in Peace, War, and Defense

"These chapters represent an insightful commentary on Nathanael Greene. It draws from a variety of authors who have studied Greene and his life. Each author brings depth to examining one aspect of Greene's life. There is much food for thought here because the chapters examine not only Greene's military expertise but his social and political acumen as he progresses from Northern merchant soldier to Southern general and planter. It is clear that Greene, the man, changed as the war progressed and his education received practical training in all facets of being a citizen soldier."—Lawrence E. Babits, George Washington Distinguished Professor (ret) and author of A Devil of a Whipping: The Battle of Cowpens