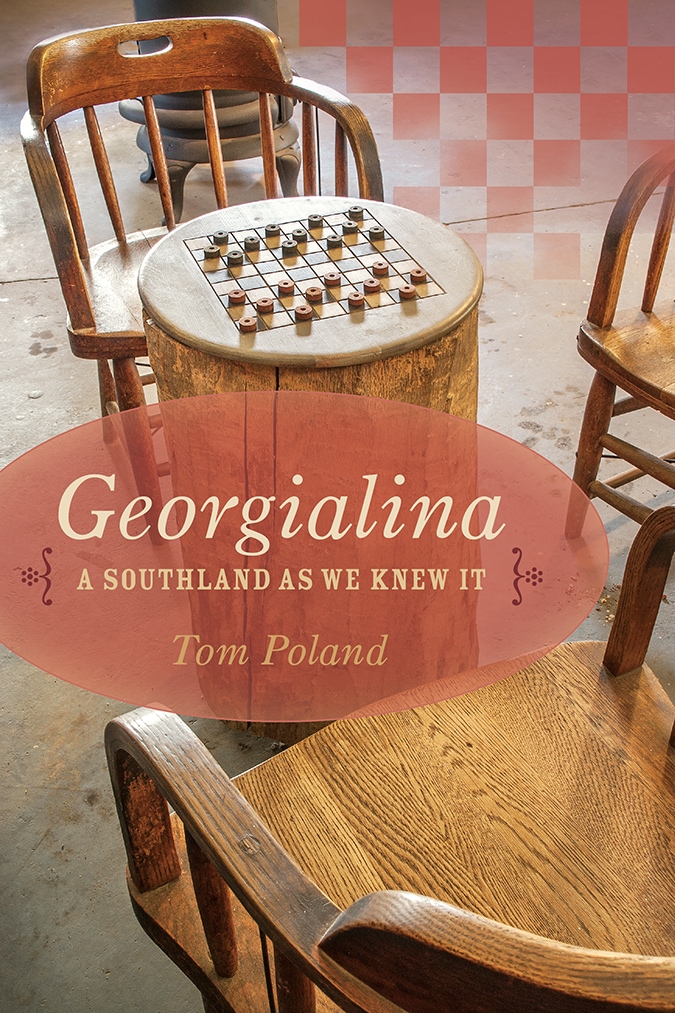 A Southland as We Knew It

Veteran journalist and southern storyteller Tom Poland has been writing about the disappearing rural South for nearly four decades. With a companionable appreciation for nostalgia, preservation, humor, and wonder, Georgialina: A Southland as We Knew It brings to life once more the fading and often-forgotten unfiltered character of the South as Poland takes readers down back roads to old homeplaces, covered bridges, and country stores. He recalls hunting for snipes and for lost Confederate gold; the joys of beach music, the shag, and cruising Ocean Drive; and the fading traditions of sweeping yards with homemade brooms, funeral processions, calling catfish, and other customs of southern heritage and history. Peppered with candid memoir, Georgialina also introduces readers to a host of quirky and memorable characters who have populated the southland of Poland's meanderings.

As commercialization, homogenization, and relocation have slowly altered distinctive regions of the country, making all places increasingly similar, southern traditions have proven to be more resilient than most. But Poland notes that many elements that once defined day-to-day life in the South are now completely foreign to contemporary generations. Set primarily in Poland's native Georgia and adopted home of South Carolina, his tales of bygone times resonate across a recognizably southern landscape and faithfully recall the regional history and lore that have defined the South for generations as a place uniquely its own for natives, newcomers, and visitors.

"Tom Poland brings the fading and forgotten rural South back to life with a deeply felt reverence for the power of story to preserve our shared past. In these pages, we ride shotgun with Tom past covered bridges, tenant homes, country stores, and sweetgrass basket stands into a South that—like the Goat Man—we may never see again."—Pat Conroy

"For those who love tidbits about the olden days in the Deep South, Poland's slow-moving prose will rekindle fond memories, and readers looking for a taste of what the South once was before industrialization and commercialization moved into the region will find pleasing moments to ponder."—Kirkus Reviews

"Tom Poland's 'beautiful burden' has been to preserve the battery-free world in which he grew up. Boil some peanuts, pour some bourbon, and prepare for a salty, sweet sojourn into the rural South. Georgialina is real—authentic, eccentric, and now blessedly captured like fireflies flickering before summer's end."—Aïda Rogers, editor of State of the Heart: Southern Writers on the Places They Love

"Tom Poland is a chronicler of southern culture—not the kind of dry intellectual history that academics write for each other, but beautifully crafted stories that capture the texture of daily life when the South was the last redoubt of regional culture. Fortunately for us, his memory is true."—Dennis McCarthy, retired publications editor for the Tennessee Valley Authority and the University of Tennessee

"Come take a seat next to Tom Poland as he travels the back roads of memory and the less beaten paths of Georgia and South Carolina. His narratives of country stores, dirt roads, burned down family places, barbeque stands and sweet grass baskets ring with a Southern accent and a knowledgeable familiarity with the wild places and country people he has written about for years. Poland's Geogialina is sure to bestir your own recollections."—Ben McC. Moise, author of Ramblings of a Lowcountry Game Warden: A Memoir, and editor of A Southern Sportsman: The Hunting Memoirs of Henry Edwards Davis