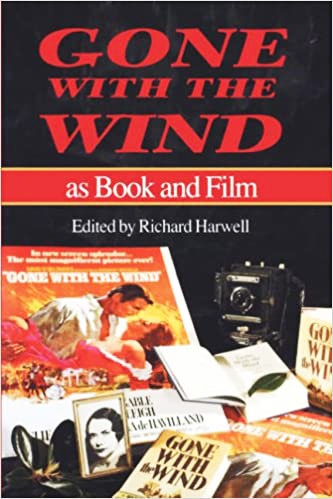 Gone With the Wind As Book and Film

One of the foremost authorities on Gone With the Wind, Richard Harwell, has gathered into one collection the most significant writings on the book, the film, and author Margaret Mitchell. Harwell brings special depth and understanding to these writings because of his personal acquaintance with Mitchell and his long-time study of GWTW phenomena.

The late Richard Harwell was acknowledged as an expert on Gone With the Wind and related writings. He built one of the world's largest collections of GWTW volumes and memorabilia. Harwell wrote many books and edited many others, including Margaret Mitchell's "Gone With the Wind" Letters: 1936–1949 and Gone With the Wind: The Screenplay. At the time of his retirement he was curator of rare books and manuscripts at the University of Georgia Library.

". . .a delicious volume for Gone With the Wind enthusiasts. . . .a fascinating potpourri"—American Classic Screen

"Those wishing to cut through the hype surrounding the release of the sequel to Gone With the Wind would be well advised to dip into Gone With the Wind as Book and Film. Mr. Harwell's collection of the most significant writings on the book, film, and author helps put it in historical and culture context"—The Christian Science Monitor