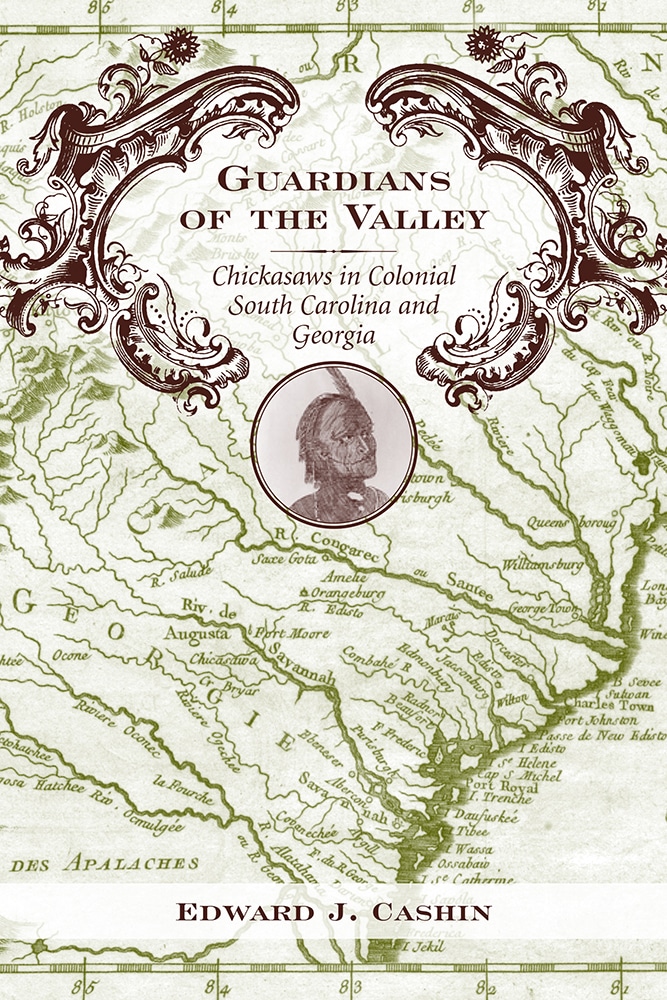 Guardians of the Valley

Edward J. Cashin, the preeminent historian of colonial Georgia history, offers an account of the Lower Chickasaws, who settled on the Savannah River near Augusta in the early eighteenth century and remained an integral part of the region until the American Revolution. Fierce allies to the English settlers, the Chickasaws served as trading partners, loyal protectors, and diplomatic representatives to other southeastern tribes. In the absence of their benevolence, the English settlements would not have developed as rapidly or securely in the Savannah River Valley.

Aided by his unique access to the modern Chickasaw Nation, Cashin has woven together details on the eastern Chickasaws from diverse source materials to create this cohesive narrative set against the shifting backdrop of the southern frontier. The Chickasaws offered primary allegiance to South Carolina and Georgia at different times in their history but always served as a link in ongoing trade between Charleston and the Chickasaw homeland in what is now Mississippi. By recounting the political, social, and military interactions between the native peoples and settlers, Cashin introduces readers to a colorful cast of Chickasaw leaders, including Squirrel King, the Doctor, and Mingo Stoby, each an important component to a story that has until now gone untold.

A native of Augusta, Georgia, Edward J. Cashin (1927–2007) was the founding director of the Center for the Study of Georgia History and a professor emeritus of history at Augusta State University. His other books include Lachlan McGillivray, Indian Trader: The Shaping of the Southern Colonial Frontier and William Bartram and the American Revolution on the Southern Frontier.

"In Guardians of the Valley, Dr. Edward J. Cashin, who was devoted to researching and documenting the history of this region, presents the important role the Lower Chickasaws played in the history Colonial Georgia and Augusta. Dr. Cashin uses his skills as historian and storyteller to ensure that their lives and heritage are preserved for future generations."—Nancy J. Glaser, executive director, Augusta Museum of History

"Cashin provides students and general readers with this historical account of the Chickasaw Nation and notes how these people were instrumental in developing trade economies and alliances in South Carolina and Georgia in the years prior to the American Revolution. The author . . . discusses the important role the Chickasaws had in opening trade routes between Mississippi and the Atlantic coast and details the military, political and social interactions that led to the settling of the Southern Frontier. Cashin also provides biographical profiles of such Chickasaw leaders as Squirrel King, the Doctor and Mingo Stoby."—Book News