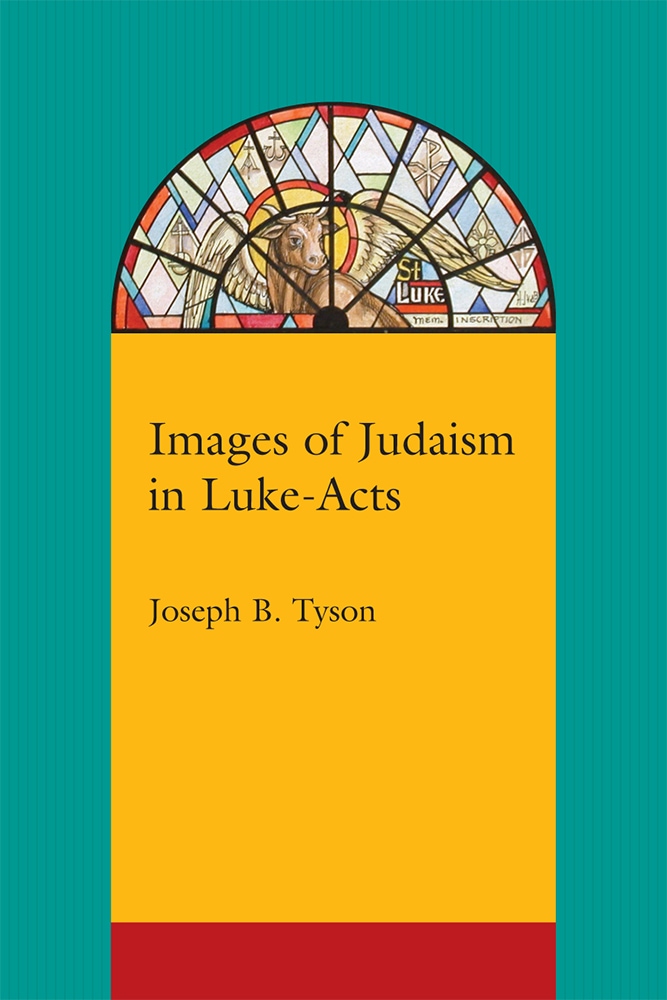 Images of Judaism in Luke-Acts

In Images of Judaism in Luke-Acts, Joseph B. Tyson addresses the ways in which Jewish people and religious customs are presented in the Gospel of Luke and the Acts of the Apostles. These texts present a wealth of material about Jewish institutions and practices. But these images of Jews and Judaism were shaped by theological and historical concerns of communities that increasingly saw themselves as separate from the Jewish synagogues. Probing questions about the roots of modern anti-Semitism in relationship to the New Testament, Tyson concludes that there is a deep and complex ambivalence in Luke-Acts, making the texts both profoundly pro-Jewish and anti-Jewish. He maintains that an appreciation of this fact is essential for understanding Luke-Acts and in assessing its role in fostering the development of Christian attitudes toward Jews.

Joseph B. Tyson is a professor emeritus of religious studies at Southern Methodist University in Dallas. He received his Ph.D. from Union Theological Seminary and taught at SMU for forty years. He is a fellow of the Westar Institute's Acts Seminar, and he has served as chair of the Christian Scholars Group on Christian-Jewish Relations, sponsored by Boston College. Tyson's many other books include The Death of Jesus in Luke-Acts; Luke, Judaism, and the Scholars: Critical Approaches to Luke-Acts; and Marcion and Luke-Acts: A Defining Struggle.

"This book takes its place among many current publications reflecting an interest in early Judaism and the New Testament. . . . The treatment of the individual sections of the text is excellent. . . . Attention to a wider range of Lukan scholarship gives this book balance and an appeal and usability beyond the more limited focus of a particular issue or method. Tyson has the ability to make the complex and involved understandable. . . . An important contribution to the continuing discussion of early Judaism as it pertains to Luke-Acts and to the problems presented by the New Testament in current Jewish-Christian relations."—Critical Review of Books in Religion

"An important contribution to the growing literature on theological anti-Semitism, Tyson's book addresses the positive and negative ways the Jewish people and Judaism are portrayed in Luke-Acts. By analyzing the verbal images, characterization, and description of Jews, Jewish Christians, and gentiles in Luke-Acts . . . Tyson argues that the evidence points profoundly to pro and con images of Jewish religious life and ethnicity. He does so effectively, because he focuses on the relevant words, expressions, and concepts in a systematic and sustained way."—Journal of Ecumenical Studies