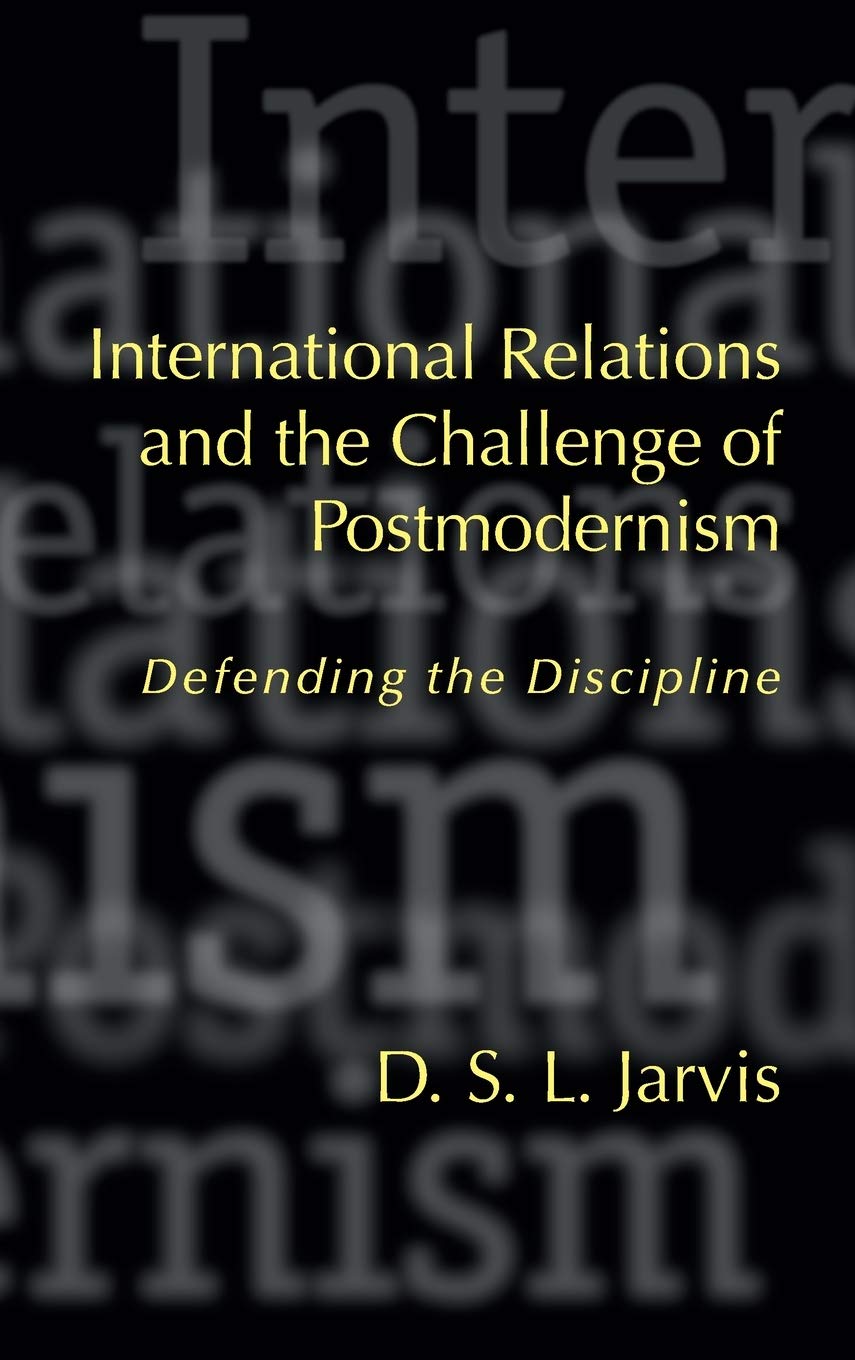 International Relations and the Challenge of Postmodernism

Promising to stimulate discussion among both those who celebrate the arrival of the "Third Debate" and those who fear its colonialization and spread, D. S. L. Jarvis offers an innovative appraisal of the various postmodern and poststructural theories sweeping the discipline of international relations. Citing the work of Richard Ashley, Jarvis explores the lineage of postmodern theory, its importation into international relations, and its transformation from critical epistemology to subversive and deconstructive political program.

Inspired by a deep-seated concern that theory in international relations is becoming increasingly abstract and unrelated to the subject matter scholars strive to understand, Jarvis argues that much postmodern and poststructuraltheory has impoverished our theoretical understanding of global political relations, embroilling us in incommensurate discourses and research agendas driven by identity politics.

By developing a series of critical typologies to assess postmodern and poststructural theories, Jarvis mount a ringing defense of the discipline's exisiting research methods and epistemologies, and he suggests that more harm than good has come of the epistemological subversion occasioned by the Third Debate.

"D. S. L. Jarvis's book is a wake-up call to international relations scholars who have become increasingly preoccupied with meta-theory and epistemology to the detriment of explaining "real world" phenomena, such as the causes of war and the conditions for peace. Jarvis offers a lucid and highly critical appraisal of the rise and fall of postmodernism in the study of world politics."—American Political Science Review

"All who think seriously about the problems of international relations as a theoretical activity will benefit from this authoritative, hard-hitting critique. Dedicated dissidents will have to work hard to offer persuasive rebuttals."—K. J. Holsti, University of British Columbia

"This passionate, incisive, and astute review of some of the main postmodernist international relations theory offerings is a welcome addition to the literature. Although many will argue with the author's assessments, there is great merit in a book that refuses to pull its punches, and with whose author on wants to argue. A fine achievement. Highly recommended."—Roger D. Spegele, Monash University

"Jarvis rightly condemns a tendency among some postmodernists toward extreme relativism, bad jargon, and ideological posturing. All of us need to read this book while we evolve a more reflective empiricism divorced from claims of "science.""—Yale H. Ferguson, Rutgers University