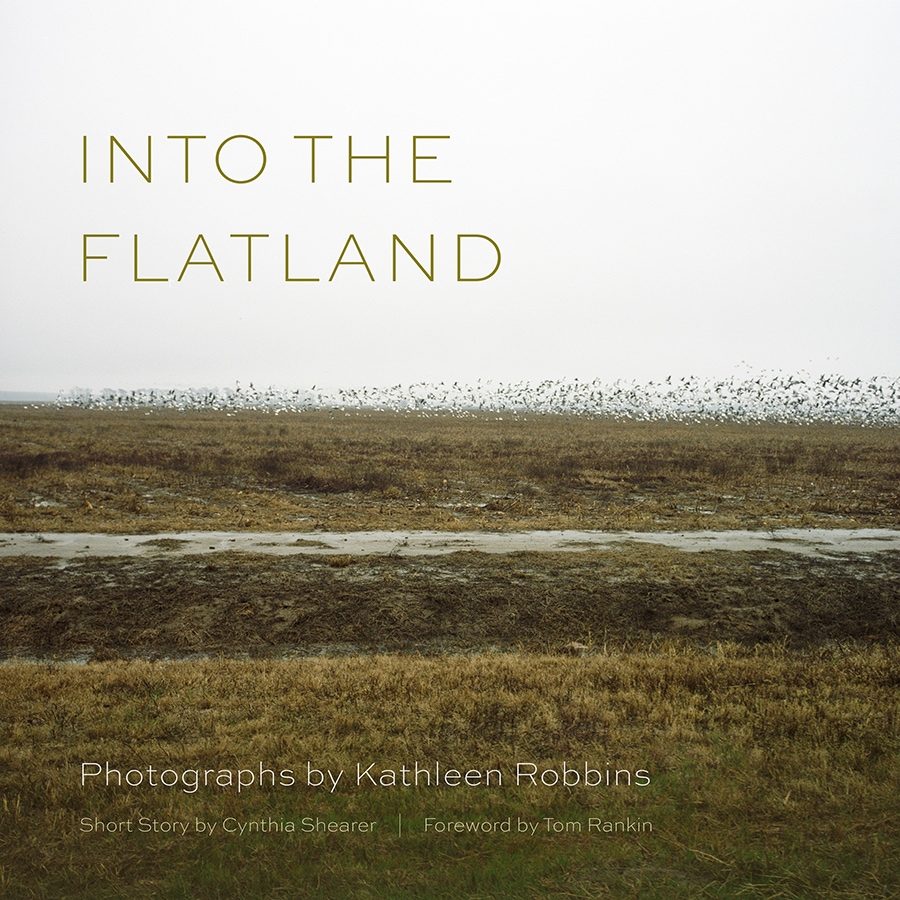 Capturing the rich contrasts of the land and the intimate history of generations in the Mississippi Delta, Into the Flatland, by Kathleen Robbins, is a series of photographs documenting the terrain, people, and culture of her ancestry. The photographer returned to her family's farm Belle Chase as an adult in 2001 after completing graduate studies in New Mexico. She and her brother then lived there for nearly two years, breathing life back into family properties that had been long dormant.

In this series, which won the Photo-NOLA prize in 2011, Robbins highlights the diversity of the landscape of the delta, from expansive, dusty cotton fields to green, vibrant swamps. Her photographs capture the people and the architecture that are present on the land and also reminiscent of a time long past, before the mechanization of farming and the exodus of her people from their native soil. The presence of Robbins's family in some of her photographs brings an intimacy to her portrait of the delta and shows the tension between past and present.

Including a short story by a National Endowment for the Arts recipient, Cynthia Shearer, Into the Flatland transports the reader into the rich history of Mississippi. At turns both colorful and gray, the photographs capture not only the delta landscape, but also the stark and rugged images of people and buildings that sink as deeply into the land as the roots of the trees in the woods and swamps. As large masses of birds flock to the vast blue sky, Robbins remains fixed on the ground, her lens trained on the home and the landscape of her past. The foreword is written by photographer, filmmaker, and folklorist Tom Rankin who serves as director of the Center for Documentary Studies and is an associate professor of the Practice of Art and Documentary Studies at Duke University.


Kathleen Robbins's photographs have been exhibited at the Halsey Institute of Contemporary Art, the New Orleans Photo Alliance, the Light Factory Museum of Contemporary Photography & Film, the Weatherspoon Museum, the John Michael Kohler Art Center, the University Museum of Ole Miss, the Ogden Museum of Southern Art, the Addison Gallery of American Art, and the Southeast Museum of Photography. Her work has been featured in Fraction Magazine, Flak Photo, Conscientious, Humble Arts New York, PDN's Photo of the Day, NPR's Picture Show, Oxford American, and Garden and Gun. She is represented by the Rebekah Jacob Gallery in Charleston. In 2012 Robbins was part of the Critical Mass Top 50 as selected by Photolucida, and she was the recipient of the 2011 PhotoNOLA Review Prize. Robbins was born in Washington, D.C., raised in the Mississippi Delta, and currently lives in Columbia, South Carolina, with her husband, Ben, and their son, Asher, where she is an associate professor of art, the photography program coordinator, and an affiliate faculty of southern studies at the University of South Carolina.

"Kathleen Robbins draws her artistic energy from a deeply placed history within the Delta, from knowing familial stories and domestic vegetations, and from her people's long presence in Leflore County. When Kathleen Robbins ventures into the flatland, it's an act of return and remembrance. . . ."—Tom Rankin, director, Center for Documentary Studies, Duke University, from the foreword