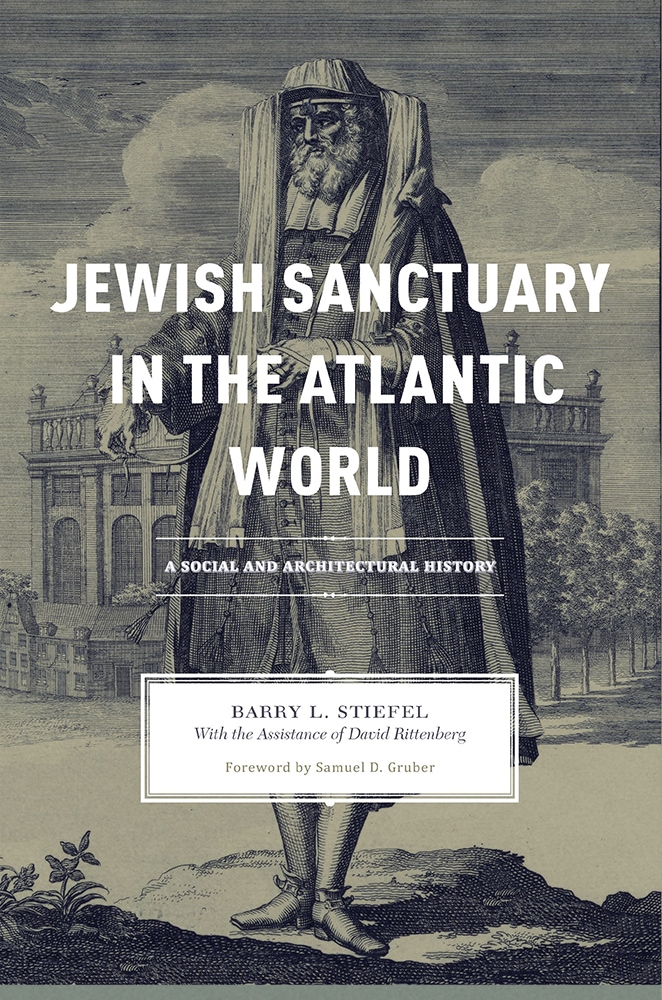 Jewish Sanctuary in the Atlantic World

A Social and Architectural History

Jewish Sanctuary in the Atlantic World is a unique blend of cultural and architectural history that considers Jewish heritage as it expanded among the continents and islands linked by the Atlantic Ocean between the mid-fifteenth and early nineteenth centuries. Barry L. Stiefel achieves a powerful synthesis of material culture research and traditional historical research in his examination of the early modern Jewish diaspora in the New World.

Through this generously illustrated work, Stiefel examines forty-six synagogues built in Europe, South America, the Caribbean Islands, colonial and antebellum North America, and Gibraltar to discover what liturgies, construction methods, and architectural styles were transported from the Old World to the New World. Some are famous—Touro in Newport, Rhode Island; Bevis Marks in London; and Mikve Israel in Curaçao—while others had short-lived congregations whose buildings were lost. The two great traditions of Judaism—Sephardic and Ashkenazic—found homes in the Atlantic World.

Examining buildings and congregations that survive, Stiefel offers valuable insights on their connections and commonalities. If both the congregations and buildings are gone, the author re-creates them by using modern heritage preservation tools that have expanded the heuristic repertoire, tools from such diverse sources as architectural studies, archaeology, computer modeling and rendering, and geographic information systems. When combined these bring a richer understanding of the past than incomplete, uncertain traditional historical resources. Buildings figure as key indicators in Stiefel's analysis of Jewish life and social experience, while the author's immersion in the faith and practice of Judaism invigorates every aspect of his work.


Barry L. Stiefel is an assistant professor in the Historic Preservation and Community Planning and Urban Studies programs at the College of Charleston. He holds a Ph.D. in historic preservation from Tulane University.

David Rittenberg received his Ph.D. from Columbia University in Comparative Literature. He is an independent scholar and editor with interests in European history and Philosophy. Rittenberg lives in Charleston, South Carolina.

Samuel D. Gruber is the Holstein Family Visiting Lecturer at Syracuse University, head of the International Survey of Jewish Monuments, and author of Synagogues and American Synagogues: A Century of Architecture and Jewish Community.

"Although a conservationaist by training, Stiefel moves beyond the details of individual buildings to theorize how early Atlantic World synagogues reflect a desire to provide an "intangible, transportable, 'sanctuary' for postexilic Sephardim (p.5)."—Jewish Historical Studies

"A welcome and much-needed synthesis of Jewish life in the Atlantic world during the early modern period. Ranging from Gibraltar to Brazil, with special emphasis on architecture, this volume includes an important chapter on Jews and Blacks in the Atlantic world, and concludes with the finest survey of Atlantic-world synagogues ever produced."—Jonathan D. Sarna, Joseph H. & Belle R. Braun Professor of American Jewish History, Brandeis University and author of American Judaism: A History

"Barry Stiefel has produced a detailed study valuable to scholars and readable by laymen. It integrates wide-ranging social, political, economic, and architectural research. Connecting history to synagogues, he explains the origins and development of Atlantic Jewish communities in Europe and the Americas more comprehensively than others have done."—Carol Herselle Krinsky, professor of art history, New York University