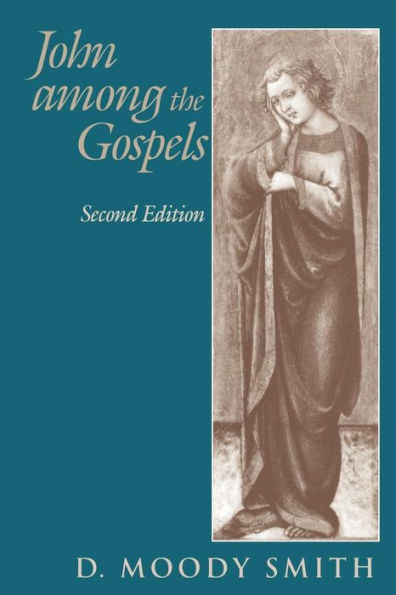 John Among the Gospels, second edition

John's relationship to the other canonical Gospels has from Christian antiquity been the subject of serious discussion and debate. Did John know them? Did he use them as sources for his own "spiritual" gospel? If so, can his eccentricities in using them be explained? In John among the Gospels D. Moody Smith confronts these questions, describing how the relationship of the Fourth Gospel to the Synoptics has been understood, particularly in modern biblical scholarship.

John's difference from the other gospel narratives was recognized by such ancient Christian writers as Clement of Alexandria in the late second century, Origen in the early third century, and Eusebius in the early fourth century, who set the stage for opposing views of John's relation to the Synoptics. John was deemed either compatible with, if supplementary to, the other canonical Gospels, as Clement and Eusebius believed, or obviously at odds historically with the companion works, according to Origen's opposing view.

These two essential interpretive views have played out to the present day. Smith summarizes the theories and countertheories that have driven Johannine scholarship since the time of the early church, clarifying the interrelationship among commentators at the same time that he offers an insightful overview of this key issue in Johannine studies.

The most recent shift in the critics' appraisal of the Gospel of John has its roots in the 1970s. Against the predominant view that the Fourth Gospel was a composition independent of the Synoptics, scholars began to point out that elements of the redaction or composition of the Synoptics themselves appear in it—an insight that led back to the conclusion that John knew and used one or more of the Synoptics in their present, canonical form.

In a new, final chapter included in the second edition of John among the Gospels, Smith emphasizes the difficulty of determining what constitutes redaction and how the apparently redactional or compositional elements found their way into the Gospel of John. Using the Gospel of Mark as his primary point of reference, Smith probes the difficulties involved in discerning how John understood and used the Synoptics, if indeed John knew or used them at all.


D. Moody Smith is George Washington Ivey Professor of New Testament at the Divinity School, Duke University. Since his student days Smith has been fascinated by the Gospel of John. His Ph.D. dissertation was published as Composition and Order of the Fourth Gospel, and his subsequent books include The Theology of the Gospel of John and the Abingdon New Testament commentary John. Coauthor of Anatomy of the New Testament, now in its fifth edition, Smith is also editor of the University of South Carolina Press series Studies on Personalities of the New Testament. Smith lives in Durham, North Carolina.