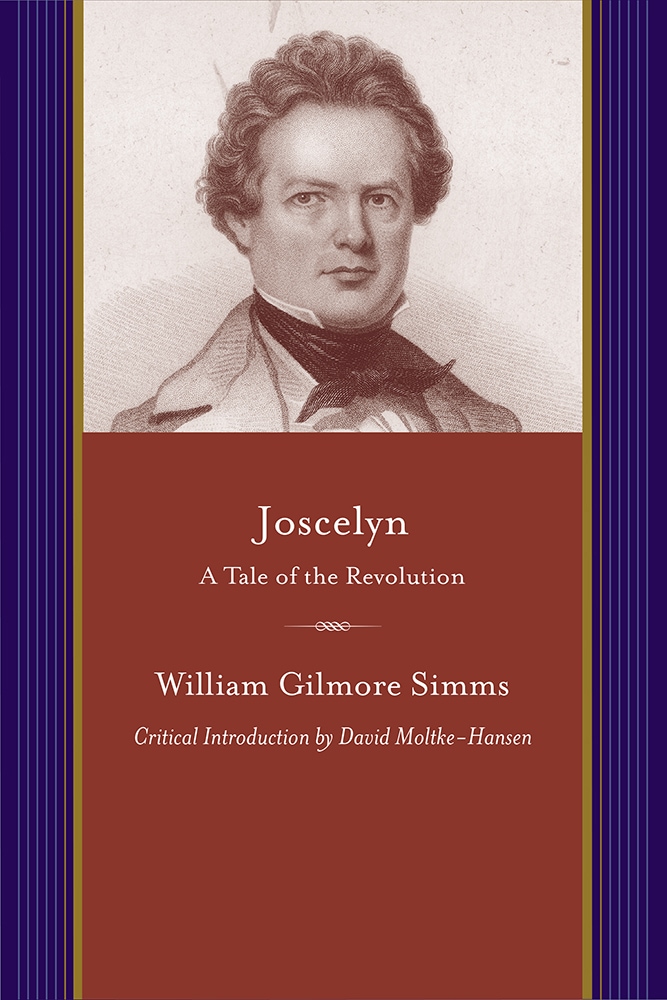 A Tale of the Revolution

Joscelyn: A Tale of the Revolution marks the final work of Simms' eight Revolutionary novels, although it is first in the story chronology. Set in the final six months of 1775, the romance depicts the beginnings of the Revolutionary conflict between patriots and loyalists in the backcountries of Georgia and South Carolina. Simms mixed historical figures, such as William Henry Drayton and Thomas Browne, with fictional ones to illustrate the dramatic tensions and implications of the early partisan conflict. The narrative centers upon a loyalist Georgia family, the Dunbars, whose son, Walter, is drawn into conflict with the title character, Stephen Joscelyn, a crippled teacher from South Carolina, over a misunderstanding compounded by their shared passion for Angelica Kirkland. Simms's story is commendable for its accurate portrayal of the complex loyalties and conflicting interests that divided families in the early stages of the Revolution—Simms's sympathies are clearly with the revolutionaries, but Joscelyn aptly and sensitively presents the Dunbar's conflicting loyalties.