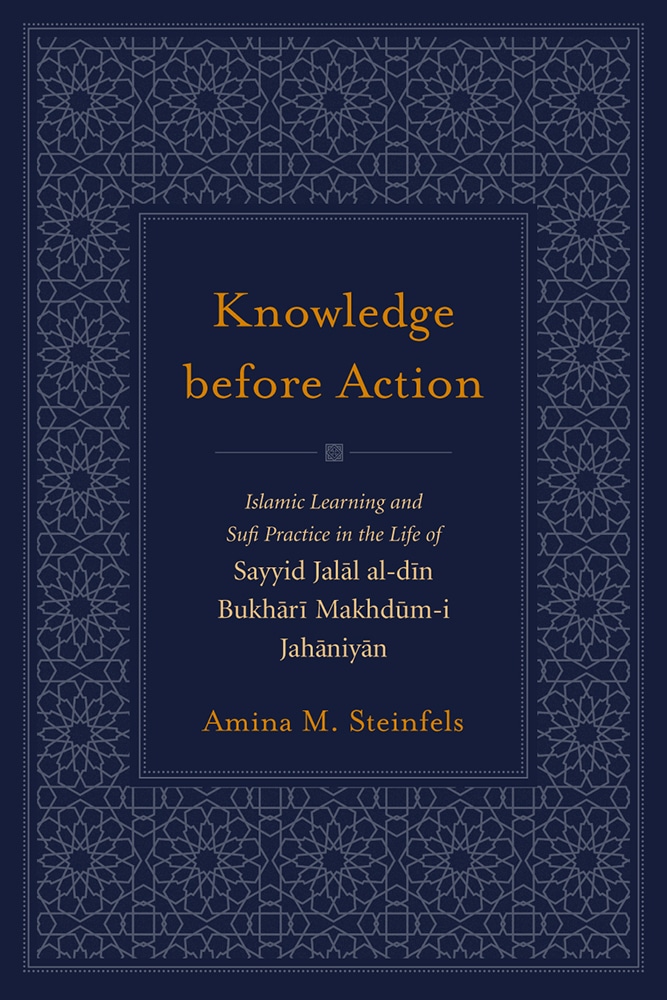 In Knowledge before Action, Amina M. Steinfels examines medieval Sufism and its place in Islamic society by telling the story of the life and career of Sayyid Jalal al-din Bukhari, a revered figure in Pakistan. Considered one of the most important Sufi masters of South Asia, Sayyid Jalal al-din Bukhari, more popularly referred to as Makhdum-i Jahaniyan, is known for combining spirituality and scholarship in a formative period for Sufism. Steinfels assembles the details of Bukhari's life from records of his teachings, dynastic chronicles, and correspondence to discover how he achieved his status and laid the groundwork for a devotional cult that has lasted seven centuries. Steinfels also examines Bukhari's theories of the relationship between scholar and mystic. Bukhari's teachings provide windows into the underlying concerns and themes of medieval Sufism.

Knowledge before Action describes Bukhari's training as a scholar and a Sufi, his exercise of religious authority over his disciples, and his theories of the relationships between saint and shaykh. Knowledge before Action discusses ritual and contemplative practices, the economic bases of Sufi institutions, and the interconnectedness between Sufi masters, the 'ulama, and the political authorities by telling the story of Bukhari.

Amina M. Steinfels is an assistant professor of religion at Mount Holyoke College and graduate of Amherst College and Yale University.

"Distinguished by its meticulous attention to primary sources, the book is among the most comprehensive, insightful, and thoroughly original resources on pre-modern Sufism in South Asia."—

"This is an excellent work, representing the first critical evaluation of a major figure in Islamic intellectual history in South Asia. Amina Steinfels brings to light a highly valuable cache of source material that has received scant academic attention to date. Knowledge before Action is an authoritative contribution to the study of Islam and should become a staple of reading lists on Sufism and the study of religion in South Asia."—Shahzad Bashir, Lysbeth Warren Anderson Professor in Islamic Studies, Stanford University and author of Messianic Hopes and Mystical Visions: The Nurbakhshiya Between Medieval and Modern Islam

"Knowledge before Action provides a detailed and richly textured portrait of a major Sufi figure of South Asia and offers readers the most focused and comprehensive glimpse into the daily lives of institutionalized Sufis of the medieval period. Amina Steinfels's thoroughly original work is solid and reliable and easily one of the major 'go-to' books for anyone interested in social, economic, political and especially ritual aspects of Sufism."—Ahmet Karamustafa, Professor of History and Religious Studies, Washington University in St. Louis and author of Sufism: The Formative Period