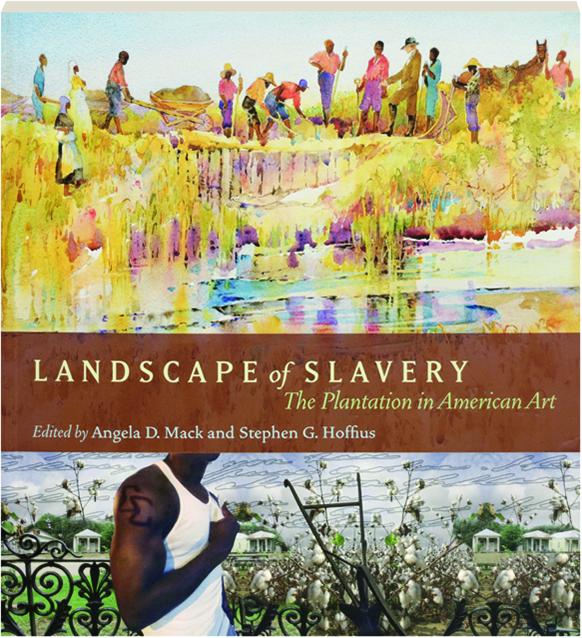 The Plantation in American Art

A genre predominantly tied to the American South, the plantation view has received slight attention in the study of American landscape art. Regarded by art historians as derivative of the early-eighteenth-century British estate view, the plantation image straddles the aesthetic boundary between topographical depiction and landscape painting. In recent years, however, plantation views have increasingly attracted the attention of social and cultural historians who have identified the genre as a rich source for exploring themes of wealth, power, race, memory, nostalgia, and conflict. Landscape of Slavery provides a comprehensive and interdisciplinary examination of the aesthetic motives and social uses of this art in the shaping of Southern history and culture. The contributors analyze depictions of white dominion, Southern affluence, and the idealizing nostalgia of the post-Civil War era as well as the black aesthetic that has developed as a dissident counterpoint to this tradition.

Serving as a companion to a traveling exhibit of the same name, the volume includes a foreword by Todd D. Smith, executive director of the Gibbes Museum of Art in Charleston, South Carolina; an introduction by editor and chief curator Angela D. Mack; and essays by John Michael Vlach, Roberta Sokolitz, Leslie King-Hammond, Maurie D. McInnis, Alexis L. Boylan, and Michael D. Harris.


Angela D. Mack is chief curator at the Gibbes Museum of Art. She has served as curator for numerous exhibitions and written or edited accompanying catalogs. Among her recent exhibitions are In Pursuit of Refinement: Charlestonians Abroad: 1740–1860; Henry Benbridge (1743–1812): Charleston Painter; and Edward Hopper in Charleston.

Steven G. Hoffius is a freelance writer and editor in Charleston. A graduate of Duke University, he has served as publications director for the South Carolina Historical Society.

"Landscape of Slavery is a landmark study that shows how the plantation has endured in the American consciousness as a nostalgic memory for whites and as an open wound for blacks. For more than three centuries, artists have captured the plantation in works that are both profoundly moving and deeply disturbing. Through their art, this Janus-faced memory of the American South and its black and white people touches our heart, as if three centuries were only a moment past. The images in this collection and the eloquent essays that accompany them remind us that our memory of the plantation is contested along racial lines that continue to divide our nation."—William R. Ferris, senior associate director, Center for the Study of the American South, University of North Carolina at Chapel Hill