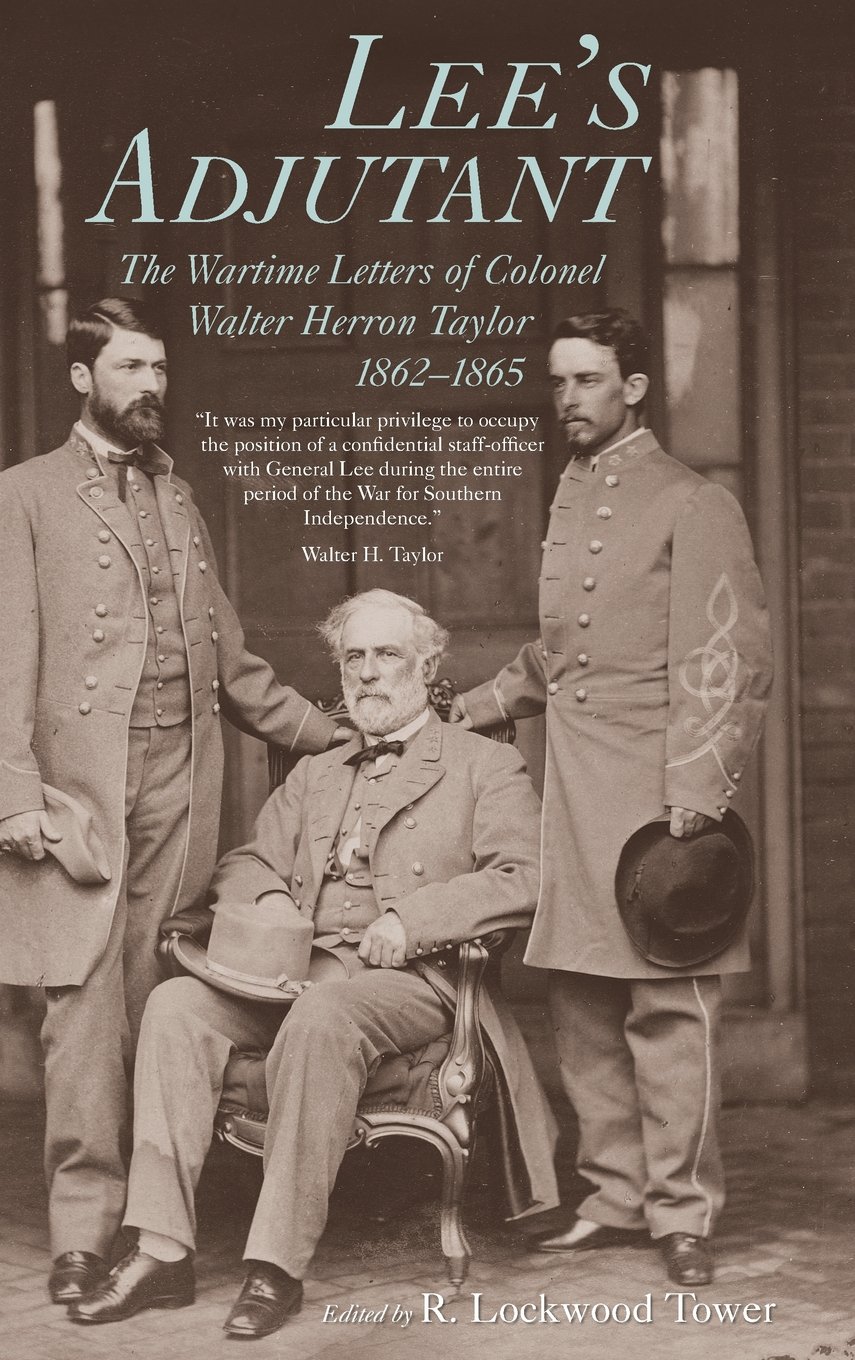 Of all those who served with Robert E. Lee in the headquarters of the Army of Northern Virginia, no one was as close to him as Walter Taylor. Twenty-two years old when hostilities broke out, Taylor served at Lee's side virtually without interruption during the entire Civil War.

The only officer who could lay claim to such a distinction, Taylor served first as aide-de-camp and subsequently as assistant adjutant general of the Army of Northern Virginia. Taylor traveled with Lee, ate at his mess, shielded him from a flood of administrative concerns, and on occasion delivered his battlefield orders. Taylor's personal correspondence, written without reserve as he enjoyed an unparalleled opportunity to observe Lee and his inner circle, constitutes a unique addition to the Civil War record.

The 110 letters compiled in Lee's Adjutant shed light on day-to-day life at Lee's headquarters and on the general himself. Written to Taylor's fiancée and family, the recount the Army of Northern Virginia's early triumphs, invasions of the North, defeat at Gettysburg, and final surrender.

To these revealing letters, R. Lockwood Tower adds a biographical sketch of the young adjutant that describes his role in helping Lee organize the Army of Virginia and—as an officer who lived to see the fiftieth anniversary of the war's end—in shaping Confederate memory.

"An intimate look at Robert E. Lee and the Army of Northern Virginia through the eyes of a young man passionately in love with both the Confederacy and his bride-to-be."—Brooks D. Simpson, author of Let Us Have Peace: Ulysses S. Grant and the Politics of Reconstruction, 1861–1868