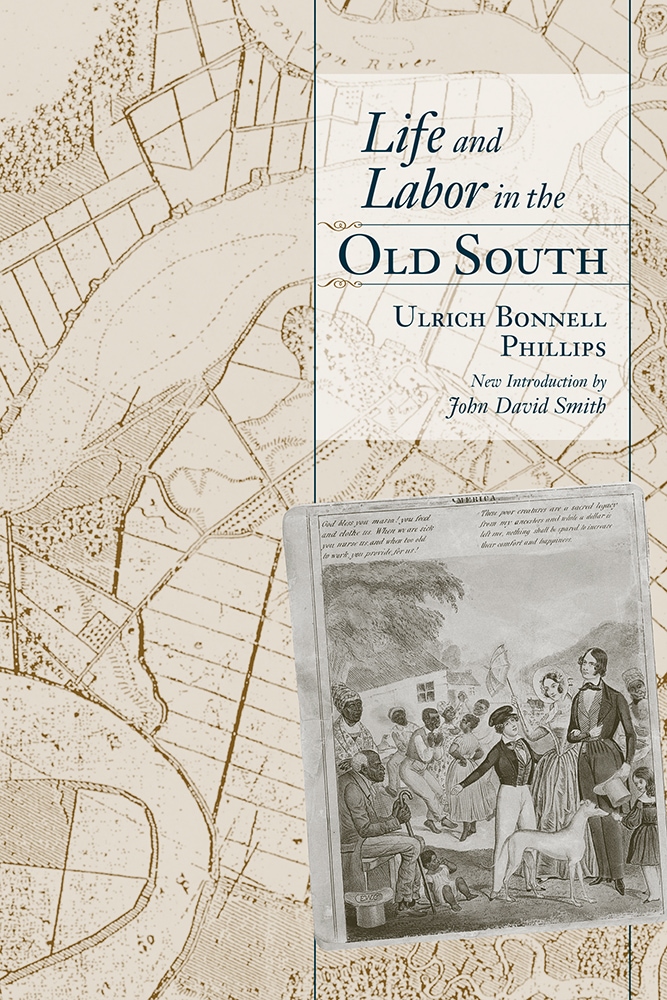 Life and Labor in the Old South

Celebrated as a classic work of historical literature, Life and Labor in the Old South (1929) represents the culmination of three decades of research and reflection on the social and economic systems of the antebellum South by the leading historian of African American slavery of the first half of the twentieth century.

In this provocative social history, Ulrich Bonnell Phillips (1877-1934) cast his net widely to include populations neglected in earlier scholarship—Indians, Latinos, yeomen farmers, and mountain folk. Underscoring the region's complexity and diversity and the importance of human interaction, Phillips viewed slavery as an unprofitable but necessary means of maintaining racial control in the South, emphasizing degrees of loyalty between masters and slaves and pointing to slavery's benign and cruel characteristics. He also espoused his basic belief in the slaves' inherent inferiority and saw the institution as an education for African Americans. "All in all," he concluded, "the slave regime was a curious blend of force and concession, of arbitrary disposal by the master and self-direction by the slave, of tyranny and benevolence, of antipathy and affection."

Life and Labor in the Old South represents both the strengths and weaknesses of first-rate scholarship by whites on the topics of antebellum African and African American slavery during the Jim Crow era. Deeply researched in primary sources, carefully focused on social and economic facets of slavery, and gracefully written, Phillips's germinal account set the standard for his contemporaries. Simultaneously the work is rife with elitism, racism, and reliance on sources that privilege white perspectives. Such contradictions between its content and viewpoint have earned Life and Labor in the Old South its place at the forefront of texts in the historiography of the antebellum South and African American slavery. The book is both a work of high scholarship and an example of the power of unexamined prejudices to affect such a work.

The Southern Classics edition includes a new introduction by John David Smith that frames the volume within Progressive Era scholarship, chronicles its critical reception among blacks and whites, and highlights its influence on contemporary debates about southern identity and slavery.

John David Smith is the Charles H. Stone Distinguished Professor of American History at the University of North Carolina at Charlotte. His previous books include Ulrich Bonnell Phillips: A Southern Historian and His Critics; An Old Creed for the New South: Proslavery Ideology and Historiography, 1865–1918; and Black Judas: William Hannibal Thomas and "The American Negro," which received the Mayflower Society Award for Nonfiction in 2000.