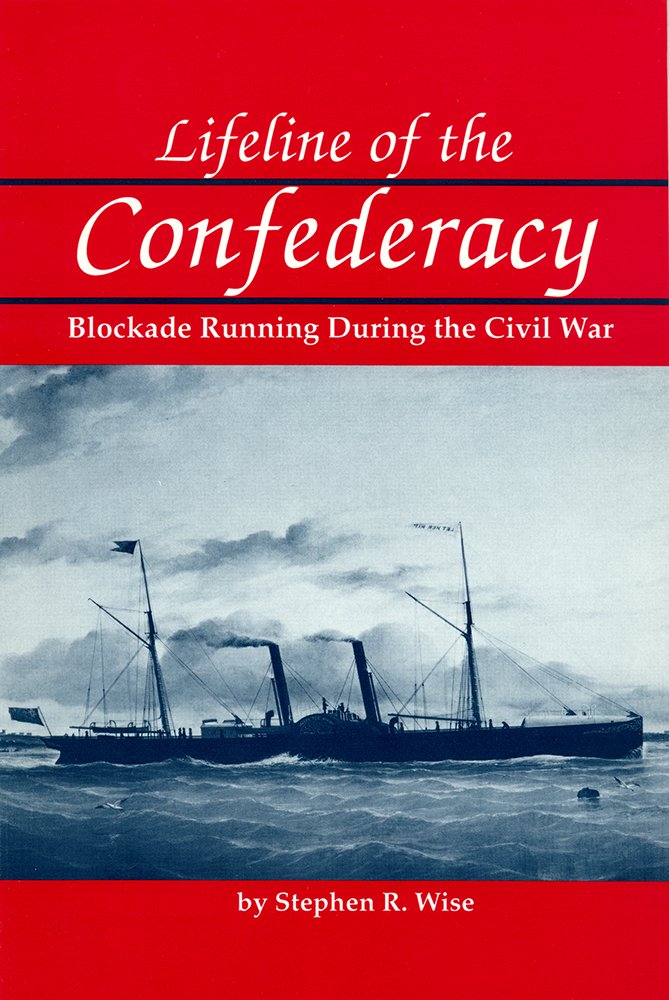 Lifeline of the Confederacy

Blockade Running During the Civil War

Throughout the Civil War, the Confederacy was able to sustain its military forces due to a lifeline of steam propelled blockade runners. And now, for the first time, a comprehensive study that describes the tremendous maritime trade that flowed into Southern harbors from Texas to Virginia is available with the publication of Lifeline of the Confederacy: Blockade Running During the Civil War. Highlighted with numerous maps, illustrations, and a listing of more than 300 blockade runners, this book analyzes the impact of blockade running on the Southern war effort. The work tells the vivid story of the revolutionary vessels and the unknown individuals who made up the supply system that came to be called the "Lifeline of the Confederacy."

Stephen R. Wise is an instructor at the University of South Carolina-Beaufort and director of the Parris Island Museum.

"No previous work has offered a comprehensive and analytical look at this topic until now."—Journal of Southern History

"... a worthwhile and interesting read and a valuable reference work on blockade running during the Civil War."—Naval History

"... will take a commanding place on the shelves of important Civil War books, making much simpler the crafting of an epic that awaits in shadow and in substance."—Civil War History

"This book deserves a place near the top of that short list of required reading for both buffs and professionals... this is a work of superlative research in old and new sources."—The Virginia Magazine

"a detailed and thoughtful account of the commercial connections kept open by the blockade runners into the Confederate States We are indebted to Dr. Wise not only for a major contribution to Civil War literature but also for a sound analysis of an aspect of international shipping that is typically handled at the level of anecdotes and folklore."—

"Stephen Wise has produced an outstanding book which should be the standard work on the Blockade for years to come. His massive research has resulted in a work which is more nearly complete than anything done before. In addition to being an interesting story, Lifeline of the Confederacy contains a gold mine of information on the subject including accounts of the ships engaged in the service, the dates of their voyages, and other interesting information which cannot be found in any other work.""—Frank Owsley, Jr., Professor of History, Auburn University

"Unequivocally, Stephen Wise has produced one of the finest original works on the Civil War to appear in years."—The Civil War News

"... no overall and encompassing work on this exciting episode in Civil War history has come forth until now"—The History Book Club