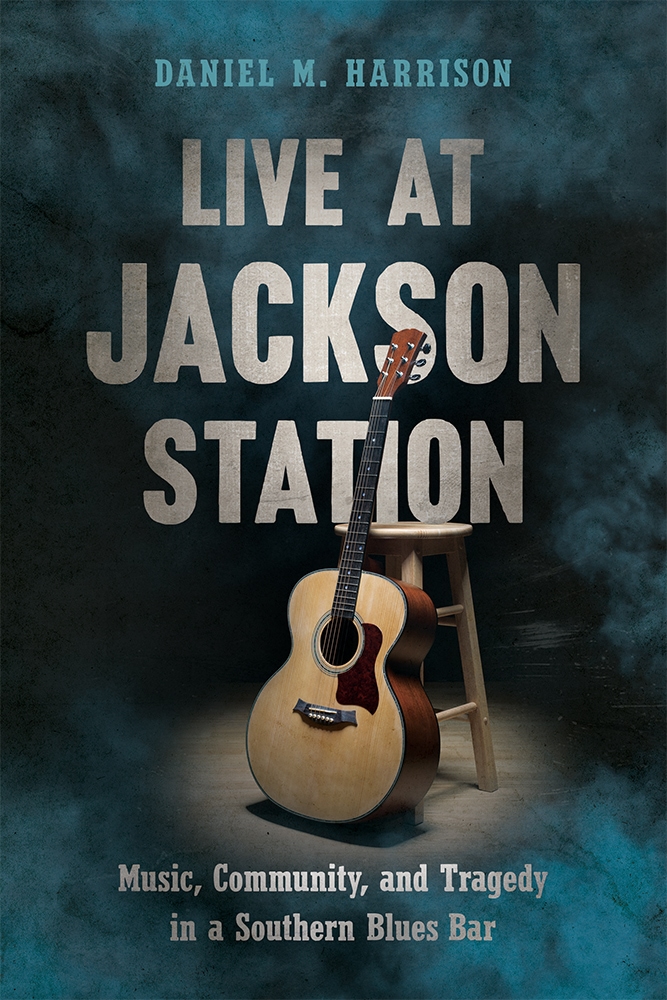 Music, Community, and Tragedy in a Southern Blues Bar

The smoke was thick, the music was loud, and the beer was flowing. In the fast-and-loose 1980s, Jackson Station Rhythm & Blues Club in Hodges, South Carolina, was a festive late-night roadhouse filled with people from all walks of life who gathered to listen to the live music of high-energy performers. Housed in a Reconstruction-era railway station, the blues club embraced local Southern culture and brought a cosmopolitan vibe to the South Carolina backcountry.

Over the years, Jackson Station became known as one of the most iconic blues bars in the South. It offered an exciting venue for local and traveling musical artists, including Widespread Panic, the Swimming Pool Qs, Bob Margolin, Tinsley Ellis, and R&B legend Nappy Brown, who loved to keep playing long after sunrise.

The good times ground to a terrifying halt in the early morning hours of April 7, 1990. A brutal attack—an apparent hate crime—on the owner Gerald Jackson forever altered the lives of all involved.

In this fast-paced narrative, Jackson Station emerges as a cultural kaleidoscope that served as an oasis of tolerance and diversity in a time and place that often suffered from undercurrents of bigotry and violence—an uneasy coexistence of incongruent forces that have long permeated southern life and culture.

Listen to Dan Harrison on the Inside Jackson Station podcast.

Daniel M. Harrison is a professor of sociology at Lander University in Greenwood, South Carolina, and the author of Making Sense of Marshall Ledbetter: The Dark Side of Political Protest.

"An account of an extraordinary Southern musical oasis and the tragedy that shut it down... Fans of the blues and lively music clubs will find this fascinating."—Kirkus Reviews

"Jackson Station was no ordinary juke joint. The old train depot on a rural South Carolina highway was home to late-night magic, occasional mayhem, and hot live music. In his highly compelling and well-researched account of the roadhouse, author Daniel Harrison reveals its colorful history in a story of family, the blues, diversity, and ultimately, tragedy. It's a distinctively Southern tale of a uniquely Southern place."—Michael Miller, former music writer, The State (Columbia, S.C.)

"I imagine that, if I hadn't frequented Jackson Station, I'd have not become a writer, for better or worse. Way to go, Dan Harrison, for directing a light on this place that changed people's lives in a nowhere spot of South Carolina."—George Singleton, author of You Want More: Selected Stories

"Like a great bluesman, sociologist Daniel Harrison knows how to tell a story. In Live at Jackson Station, Harrison tells the story behind one of South Carolina's notorious juke joints: Jackson Station. Harrison shows how this former railroad depot turned roadside tavern continued to serve as a liminal space from 1970 until its closure in 1990. Through in-person interviews with former musicians and Greenwood locals, Harrison shows how emotions felt at Jackson Station helped transition the physical structure beyond the chasm of time."—Vernon Burton, Judge Matthew J. Perry Distinguished Chair of History, Clemson University

"Jackson Station in the 1980s was a remarkable social laboratory in the midst of a slowly changing but still redneck-dominated part of rural South Carolina. Daniel Harrison's thoroughly researched history of this blues-themed musical night spot and its sudden and tragic demise documents a chapter in the gradual social change that has been taking place in this part of the country."—David Evans, Professor of Music Emeritus, The University of Memphis