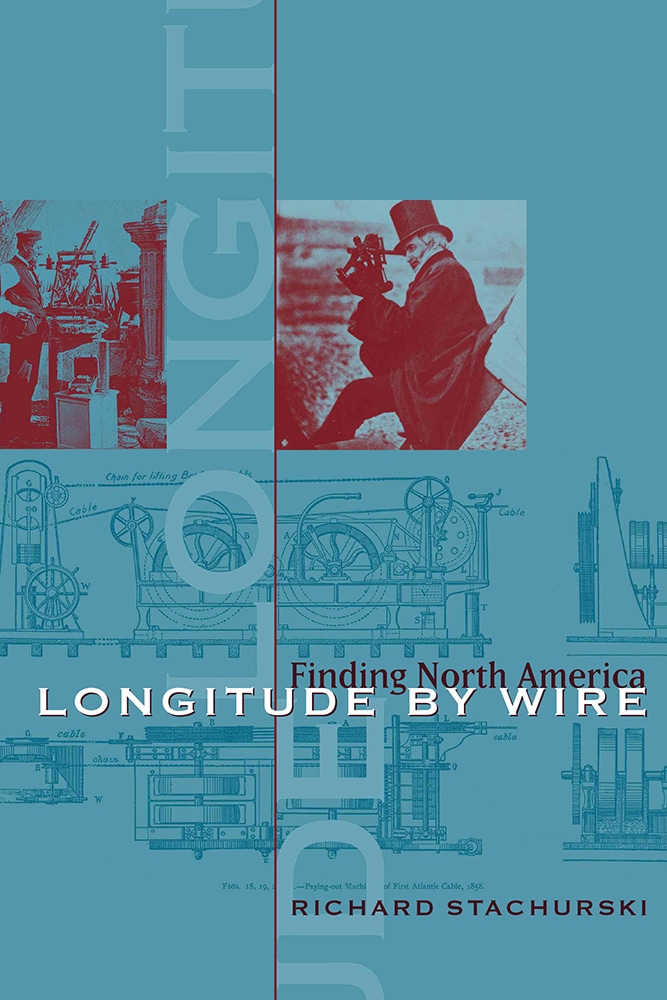 At the turn of the nineteenth century, even the most experienced mariners were still risking catastrophe when navigating the North American coastline, because they lacked accurate navigational charts. The various means available to chart makers of the era to measure longitude, both celestial and terrestrial, could be off by thousands of feet—a deadly margin of error for ships when facing collision against unknown coastal cliffs, reefs, and shoals. In 1807 the U. S. Coast Survey was created to map the coast accurately and reduce the costly and deadly toll of shipwrecks, a challenge that would take the better part of a century to overcome.

In Longitude by Wire, Richard Stachurski chronicles the amazing tale of discoveries made by American scientists as they worked to solve this life-threatening quandary and develop a precise method of measuring longitude. Stachurski recounts how the successful coupling of precision chronometers with the new electrical technology represented by Samuel Morse's telegraph produced the long-sought solution to the longitude problem. The ingenious use of the telegraph by scientists of the U.S Coast Survey to communicate time signals reduced the probable error in longitudinal measurement to less than ten feet. The "American method," as it was deemed, quickly revolutionized observational astronomy and every other branch of science that depended on recording the precise time of an event. Astronomers, who had been able to judge time to one-twentieth of a second, could now establish permanent records of events to a precision of one-hundredth of a second. Beginning in 1845 American geodetic surveyors used their new tools to develop a precision longitude net across America. Their impassioned pursuit of a viable solution to the mystery of longitude unfolds against the larger backdrop of the transition of American science from the domain of the gentleman "natural philosopher" to that of the professional specialist—a shift that formed the foundation of modern scientific research and development.

Stachurski combines his technical savvy as a historian and mathematician with the skills of a seasoned storyteller to portray the human drama and tension at the center of this adventure in scientific problem solving. The resulting narrative is briskly paced, deeply researched, and deftly told.


Richard Stachurski is a retired U.S. Air Force colonel whose career was spent in aeronautic and astronautic development programs. His service included six years on loan to NASA with the Apollo lunar landing program. Returning to civilian life, Stachurski worked as a satellite systems design manager for the Boeing Company. The author of numerous articles on the history of geodesy, cartography, and exploration, he lives near Seattle, Washington.