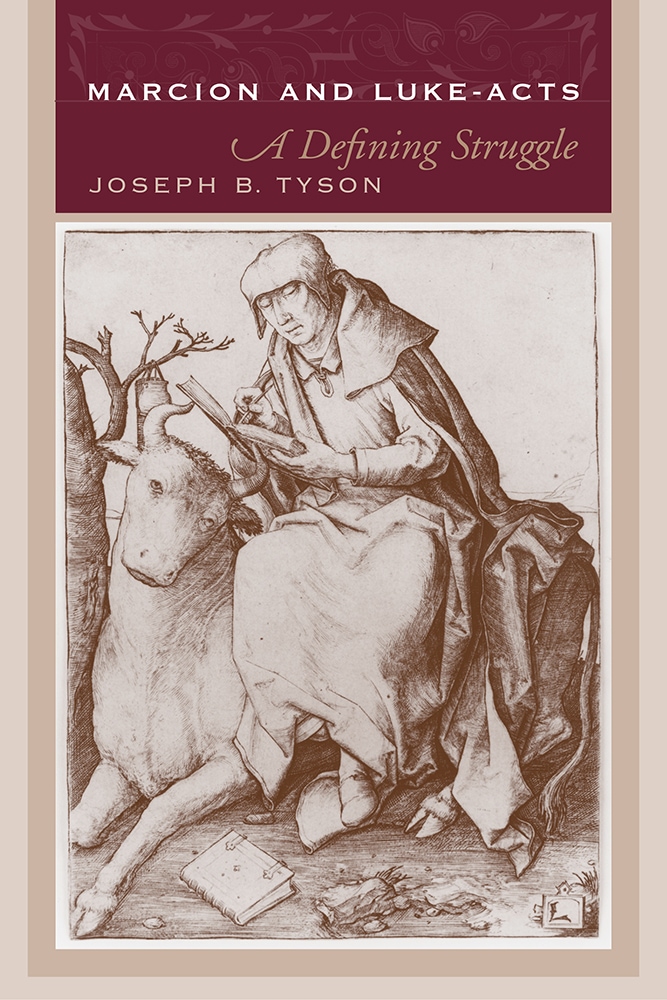 Building on recent scholarship that argues for a second-century date for the book of Acts, Marcion and Luke-Acts explores the probable context for the authorship not only of Acts but also of the canonical Gospel of Luke. Noted New Testament scholar Joseph B. Tyson proposes that both Acts and the final version of the Gospel of Luke were published at the time when Marcion of Pontus was beginning to proclaim his version of the Christian gospel, in the years 120-125 c.e. He suggests that although the author was subject to various influences, a prominent motivation was the need to provide the church with writings that would serve in its fight against Marcionite Christianity. Tyson positions the controversy with Marcion as a defining struggle over the very meaning of the Christian message and the author of Luke-Acts as a major participant in that contest.

Suggesting that the primary emphases in Acts are best understood as responses to the Marcionite challenge, Tyson looks particularly at the portrait of Paul as a devoted Pharisaic Jew. He contends that this portrayal appears to have been formed by the author to counter the Marcionite understanding of Paul as rejecting both the Torah and the God of Israel. Tyson also points to stories that involve Peter and the Jerusalem apostles in Acts as arguments against the Marcionite claim that Paul was the only true apostle.

Tyson concludes that the author of Acts made use of an earlier version of the Gospel of Luke and produced canonical Luke by adding, among other things, birth accounts and postresurrection narratives of Jesus.


Joseph B. Tyson is professor emeritus of religious studies at Southern Methodist University in Dallas, Texas. He received his Ph.D. from Union Theological Seminary and taught at SMU for forty years. Tyson's many books include Luke, Judaism, and the Scholars; Images of Judaism in Luke–Acts; The Death of Jesus in Luke–Acts; and The New Testament and Early Christianity.

"Tyson draws on a wide range of recent scholarship into Luke-Acts to make his case and endeavors to present a deeply captivating and overall very convincing thesis why Luke-Acts should be seen as a literary response to Marcion and his gospel."—Daniel N Gullotta

"Marcion and Luke–Acts: A Defining Struggle is a breakthrough contribution concerning not only the composition and purpose of Luke-Acts but also Paul's legacy, Marcion's theology, and patristic hermeneutics. Joseph Tyson's study is essential reading for anyone interested in the history of the canon and the development of Christian orthodoxy. This volume is highly recommended for scholars and students alike."—Amy-Jill Levine, E. Rhodes and Leona B. Carpenter Professor of New Testament Studies, Vanderbilt Divinity School and Graduate Department of Religion