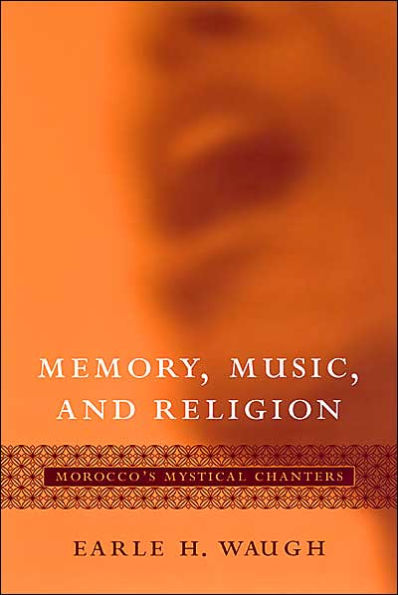 Why do religious communities remember some events and not others? Why do some kinds of music find a continuing place in worship while others seem to lose their appeal? Why is it that the Islamic tradition is understood so narrowly, even by some Muslims, when in fact it has a broadly textured history of belief and practice? In Memory, Music, and Religion, Earle H. Waugh addresses such probing questions while exploring a rich vein of Islam in Morocco—the mystical chanters. In this book, a detailed study of the interplay between memory, music, and religion, Waugh opens new areas of thought, particularly regarding a theme that cuts across religious traditions: the role of memory in religious formation.

Since the glorious days of Andalusia, Muslim poetic and musical traditions have found a vibrant home among Moroccan Sufis. Through rituals of dhikr, or remembrance, the old forms of music and word blend into a new form of worship for today. In this study, Waugh probes the depths of religious memory within Islam and notes the singular importance of memory in comprehending the meaning and styles of music. Showing how the powerful tradition of music nurtures the Muslim soul, Waugh brings new insights to the study of the religious function of memory.


Earle H. Waugh is professor emeritus in the Department of Religious Studies and director of the Dimic Research Institute at the University of Alberta. Trained as a historian of religion, Waugh brings a comparative perspective to his studies. One of the world's leading scholars of Muslim religious chanting, particularly within Sufi mystical traditions, Waugh is the author or editor of more than ten books, including The Munshidin of Egypt: Their World and Their Song, published by the University of South Carolina Press in 1989. He is currently working on a book about a reformist Sufi group in Egypt. Waugh continues to lecture widely since his retirement from teaching in 2002 and is often sought out by commentators and journalists for his views on Islam. He lives in Edmonton.

"With Memory, Music, and Religion: Morocco's Mystical Chanters, Earle Waugh grants us powerful insight into the nature of personal and collective memory in situating religious experience as part of cultural life. From the context of the Moroccan chanting tradition, he illuminates how music functions as a tool for reshaping and reclaiming the past by the present and how the munshid tradition, so often neglected by researchers, serves as a point of entrance for understanding Moroccan national identity."—Dale F. Eickelman, author of Knowledge and Power in Morocco: The Education of a Twentieth-Century Notable

"Waugh's intricate analysis of the Moroccan dhikr and chanter traditions offers original insights into the role of music in the mystical performance cultures of North African Islam. Carefully grounded in the classical poetic heritage of Sufism and first-hand knowledge of the life-histories and musical repertoire of the munshids, this provocative account will be of interest to ethnomusicologists and scholars of religion, mysticism, religious music, and Islamic and Moroccan culture."—Tazim R. Kassam, author of Songs of Wisdom and Circles of Dance: Hymns of the Satpanth Ismaili Muslim Saint, Pir Shams