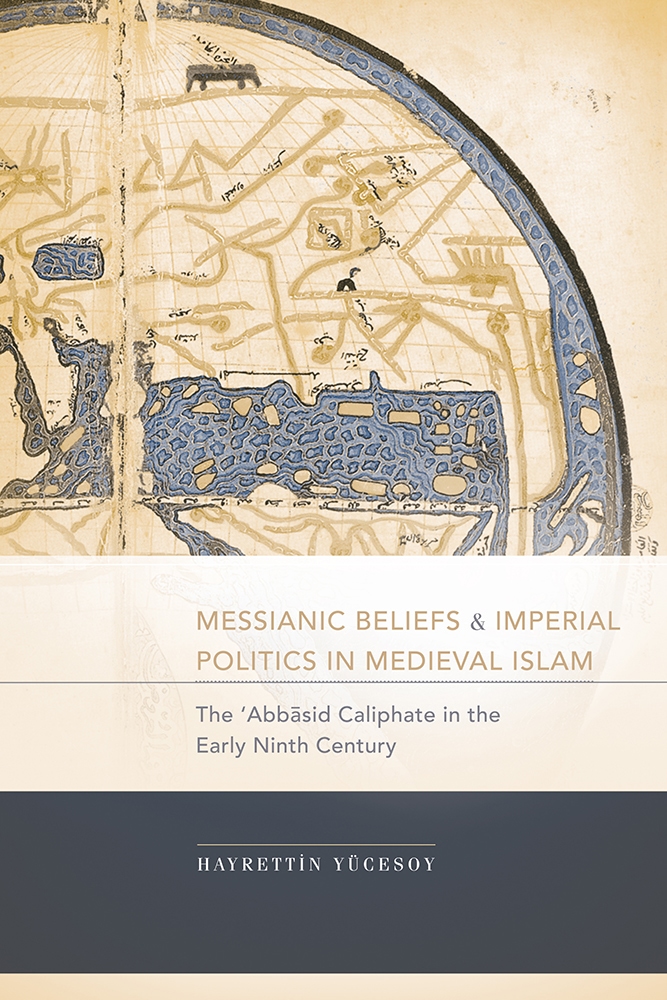 The 'Abbasid Caliphate in the Early Ninth Century

Messianic Beliefs and Imperial Politics in Medieval Islam analyzes the role of Muslim messianic and apocalyptic beliefs in the development of the 'Abbasid Caliphate to highlight connections between charismatic authority and institutional developments in the early ninth century. Hayrettin Yücesoy studies the relationship between rulers and religion to advance understanding of the era's political actions and, more specifically, to illustrate how messianic beliefs influenced 'Abbsid imperial politics and contributed to the reshaping of the caliphate under al-Ma'mun (809-33) after a decade-long civil war.

Yücesoy challenges traditional sociological views that marginalize messianic beliefs as oppositional ideologies of disfranchised social classes to be used against the political establishment. Instead he finds a mode of symbiosis between messianic beliefs, political reform, and imperial ambitions put in motion by al-'Ma'mun's acute understanding of the sociopolitical and ideological context of his time. Yücesoy demonstrates how the caliphate absorbed influences from the late antique world and Near Eastern cultures to fashion a prophetic vision that served to undergird al-'Ma'mun's imperial aspirations. A comprehensive portrait of the caliph and his reign emerges from this study as a result.

By drawing on records of Muslim and non-Muslim apocalyptic prophecies circulating among the general public and educated elites alike, this study demonstrates the pertinence of messianic beliefs to medieval Muslim politics and illustrates the manner in which the caliph responded and shaped societal concerns on three distinct fronts: domestic fiscal and administrative reforms, an increase in missionary and military activities, and religious reform. Yücesoy shows that political usefulness contributed to the longevity of charismatic ideologies by addressing how the 'Abbsid ruling class adopted such beliefs as a medium to initiate governmental reforms and expand their authority. This work adds new layers to ongoing interdisciplinary discourse about the importance of religion in Islamic sociopolitical life, both historically and in the contemporary Muslim world.


Hayrettin Yücesoy is an assistant professor of history at Saint Louis University, the author of The Development of Sunni Political Thought: The Formative Period, and coauthor of The Mediterranean World of the Middle Ages.

"Hayrettin Yücesoy's carefully researched book will become the definitive study of early Islamic messianism. His meticulous attention to detail and thoughtful assessment of the evidence have resulted in a work that is a profound contribution to the intellectual history of the formative period of Islam."—Asma Afsaruddin, University of Notre Dame