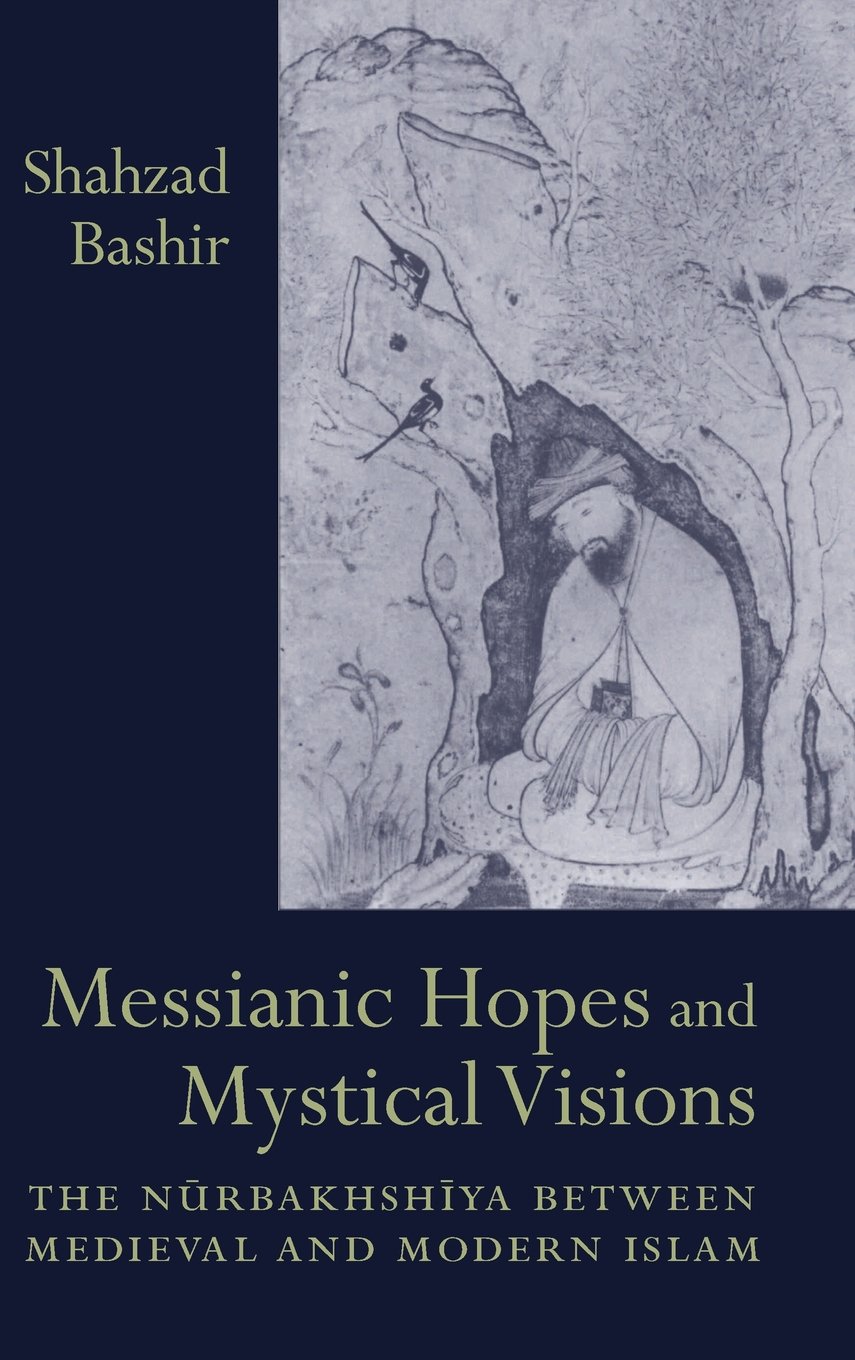 The Nurbakhshiya Between Medieval and Modern Islam

Messianic Hopes and Mystical Visions tells the story of the Nurbakhshiya, an Islamic messianic movement that originated in fifteenth-century Iran and central Asia and survives to the present in Pakistan and India. In the first full-length study of the sect, Shahzad Bashir illumines the significance of messianism as an Islamic religious paradigm and illustrates its centrality to any discussion of Islamic sectarianism. By tracing Nurbakhshi activity in the Middle East and central and southern Asia through more than five centuries, Bashir brings to view the continuities and disruptions within Islamic civilization across regions and over time. Bashir effectively captures the way Nurbakhshis have understood and debated the meaning of their tradition in various geographical and temporal contexts.

Bashir provides a detailed biography of the movement's founder, Muhammad Nurbakhsh (d. 1464). Born to a Twelver Shi'i family, Nurbakhsh declared himself the mahdi, or the Muslim messiah, as an adept of the Kubravi Sufi order under the influence of the teachings of the great Sufi master Ibn al-'Arabi (d. 1240). Nurbakhsh's religious worldview, which Bashir treats in depth in this volume, offers a new window onto the intellectual world of the late medieval Islamic East.

Although Nurbakhsh met with limited success as a claimant to the title of mahdi during his lifetime, his movement prospered after his death as his disciples remained active in Timurid and Safavid Iran, central Asia, and Ottoman Anatolia. Bashir analyzes the spread of the Nurbakhshiya as well as its greatest sociopolitical triumph—transplantation into Kashmir in the late fifteenth and early sixteenth centuries, from where the movement extended into neighboring Ladakh and Baltistan. Making use of previously unexamined sources, Bashir recounts every phase of Nurbakshi history, paying particular attention to the reinterpretation and adjustment of the tradition in each local context.


Shahzad Bashir is an assistant professor of religion at Carleton College in Northfield, Minnesota. Born in Pakistan and educated at Amherst College and Yale University, Bashir now lives in Northfield.

"An impressively in-depth study of the Nurbakhshiya sect of Islam . . . A meticulous and scholarly account which is a very highly recommended contribution for Islamic studies reference shelves and reading lists."—The Bookwatch