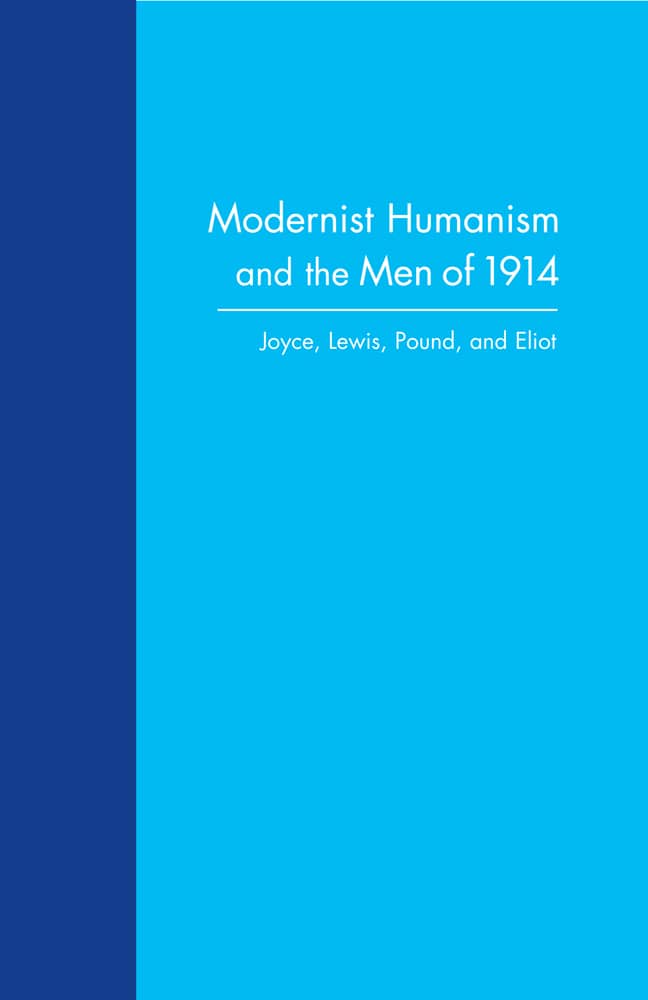 Modernist Humanism and the Men of 1914

Modernist Humanism and the Men of 1914 is a defense of literary modernism that recognizes for the first time that the deepest goal of high modernism is to establish a renewed humanism for the twentieth century. Recent critiques of modernism have tended to diminish its literary standing by emphasizing the reactionary politics of the period and connecting the literature to those developments as complicit or at least parallel. In his incisive readings of four pillars of high modernism—James Joyce, Wyndham Lewis, Ezra Pound, and T. S. Eliot—Stephen Sicari returns the focus instead to the rich and complex imaginative texts themselves for a fuller reading that rescues these works from the narrow political contexts of postmodern criticism.

Sicari reassesses key modernist writers as important thinkers of their age who, through complex and often experimental art, debunked inherited models for representing the human experience. He employs a formalist approach toward a historicist goal, offering original readings of canonical modernists as responding to the rational, reductive view of humanity espoused by scientists and social scientists such as Darwin, Marx, and Freud. In the work of each of his subjects, Sicari traces the emergence of a new or renewed humanism, often connected to the early modern humanist views of the fifteenth and sixteenth centuries. He also explores the interconnectivity of religion and literature in these works, not only in the views of the explicitly Christian writer Eliot and the more obliquely Christian writer Joyce, but also, Sicari contends, in the conclusion reached by all of four writers that a renewed humanism in the modern period will be found in a faith-based understanding of humanity and destiny.

In mapping the persistence of a humanist tradition throughout modernism, Sicari delineates a path through the movement that ultimately replaces the skepticism and pessimism of modernity with humanist values and virtues. Modernist Humanism and the Men of 1914 offers a valuable new lens through which to view ongoing theoretical and aesthetic debates within modernist studies.


Stephen Sicari is a professor of English and longtime chair of the English department at St. John's University in New York. He is the author of Pound's Epic Ambition: Dante and the Modern World and Joyce's Modernist Allegory: Ulysses and the History of the Novel.