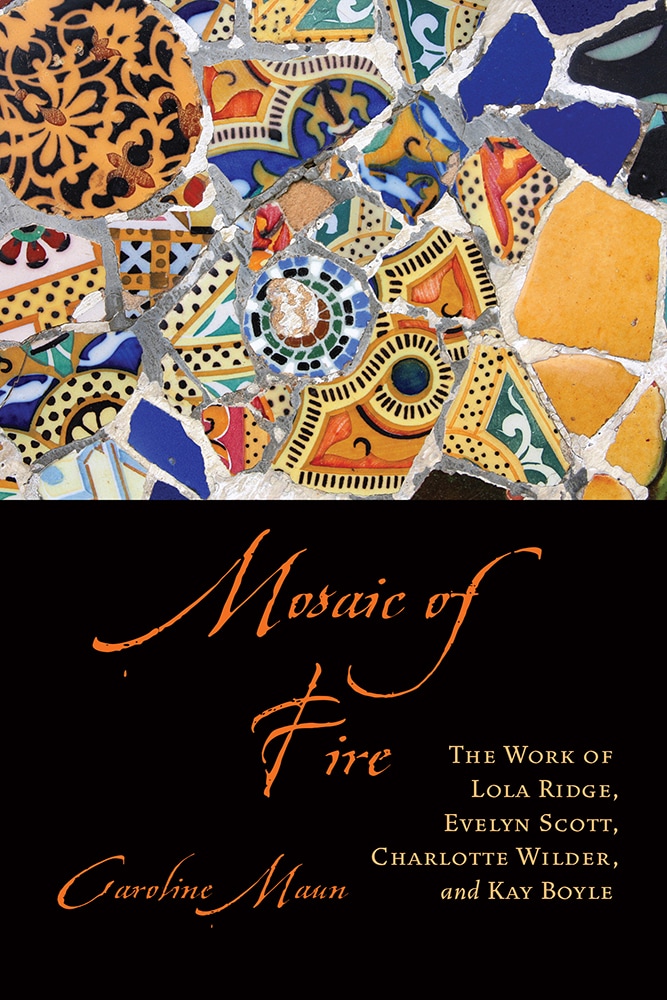 Mosaic of Fire examines the personal and artistic interactions of four innovative American modernist women writers—Lola Ridge, Evelyn Scott, Charlotte Wilder, and Kay Boyle—all active in the Greenwich Village cultural milieu of the first half of the twentieth century. Caroline Maun traces the mutually constructive, mentoring relationships through which these writers fostered each other's artistic endeavors and highlights the ways in which their lives and works illustrate issues common to women writers of the modernist era.

The feminist vision of poet-activist and editor Lola Ridge led her to form friendships with women writers of considerable talent, influencing this circle with the aesthetic and feminist principles outlined in her 1919 lecture, "Woman and the Creative Will." Ridge first encountered the work of Evelyn Scott when she accepted several of Scott's poems for publication in Others, and wrote a favorable review of her novel The Narrow House. Ridge also took notice of novice writer Kay Boyle shortly after Boyle's arrival in New York, hiring Boyle as an assistant at Broom. Almost a decade later, Scott introduced poet Charlotte Wilder to Ridge, inaugurating a sustaining friendship between the two.

Mosaic of Fire examines how each of these writers was energized by the aesthetic innovations that characterized the modernist period and how each was also attentive to her writing as a method to encourage social change. Maun maps the ebb and flow of their friendships and careers, documenting the sometimes unequal nature of support and affection across this group of talented women artists.


Caroline Maun is an associate professor in the Department of English at Wayne State University in Detroit. She is the editor of The Collected Poems of Evelyn Scott.