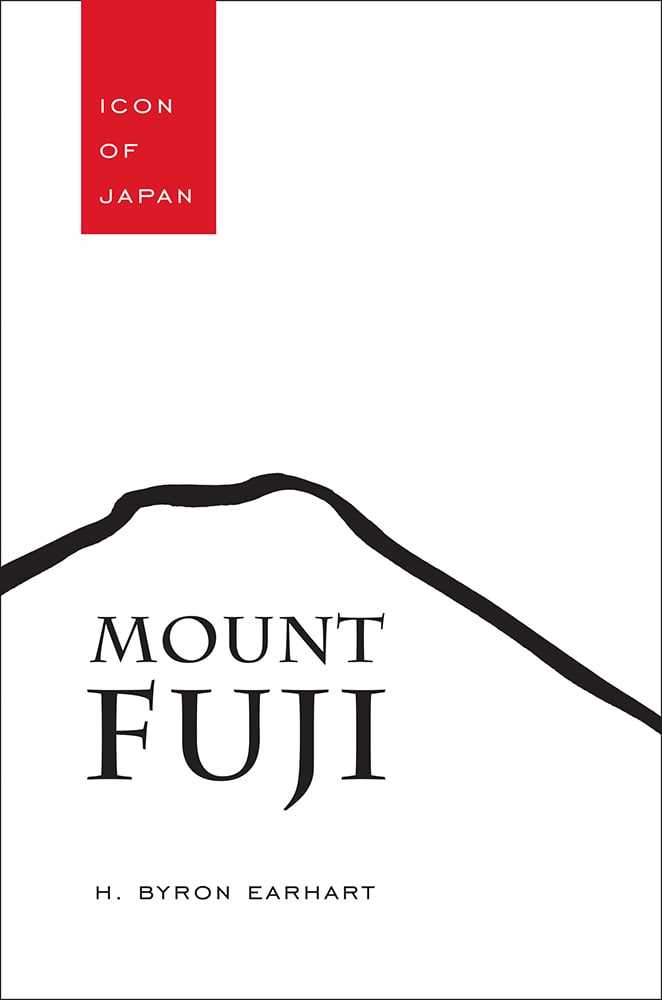 Illustrated with color and black-and-white images of the mountain and its associated religious practices, H. Byron Earhart's study utilizes his decades of fieldwork—including climbing Fuji with three pilgrimage groups—and his research into Japanese and Western sources to offer a comprehensive overview of the evolving imagery of Mount Fuji from ancient times to the present day. Included in the book is a link to his twenty-eight minute streaming video documentary of Fuji pilgrimage and practice, Fuji: Sacred Mountain of Japan.

Beginning with early reflections on the beauty and power associated with the mountain in medieval Japanese literature, Earhart examines how these qualities fostered spiritual practices such as Shugendo, which established rituals and a temple complex at the mountain as a portal to an ascetic otherworld. As a focus of worship, the mountain became a source of spiritual insight, rebirth, and prophecy through the practitioners Kakugyo and Jikigyo, whose teachings led to social movements such as Fujido (the way of Fuji) and to a variety of pilgrimage confraternities making images and replicas of the mountain for use in local rituals.

Earhart shows how the seventeenth-century commodification of Mount Fuji inspired powerful interpretive renderings of the "peerless" mountain of Japan, such as those of the nineteenth-century print masters Hiroshige and Hokusai, which were largely responsible for creating the international reputation of Mount Fuji. In the eighteenth and nineteenth centuries, images of Fuji served as an expression of a unique and superior Japanese culture. With its distinctive shape firmly embedded in Japanese culture but its ethical, ritual, and spiritual associations made malleable over time, Mount Fuji came to symbolize ultranationalistic ambitions in the 1930s and early 1940s, peacetime democracy as early as 1946, and a host of artistic, naturalistic, and commercial causes, even the exotic and erotic, in the decades since.

"In Mount Fuji: Icon of Japan, H. Byron Earhart has done a masterful job of presenting a rich and comprehensive study of the many different roles that Mount Fuji has played as a multifaceted icon and symbol in Japanese history, culture, literature, art, and religion. He traces the complex evolution of the mountain and its symbolism from its earliest mentions in literary records to its emergence as a sacred mountain, then to its more secular roles in Japanese art and nationalism and finally to its desacralized status in contemporary Japanese commerce. By combining scholarly research with fieldwork and interviews, Earhart successfully and engagingly argues that Fuji is a symbol of such great power and wide-ranging significance that its meaning cannot be limited to any one of the many different iconic roles it has assumed over its long and varied history. Earhart has given us the first English language study of Fuji's history on this impressive scale, and his important work fills a major lacuna in Western literature on Mount Fuji and its wider significance."—Edwin Bernbaum, author of Sacred Mountains of the World and senior fellow, the Mountain Institute