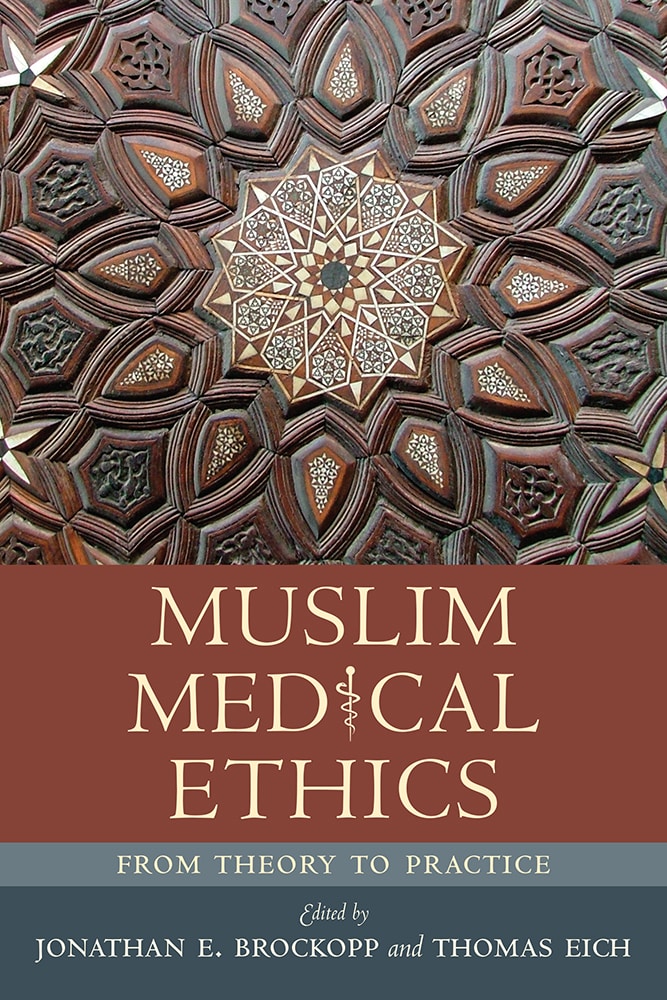 From Theory to Practice

Muslim Medical Ethics draws on the work of historians, health-care professionals, theologians, and social scientists to produce an interdisciplinary view of medical ethics in Muslim societies and of the impact of caring for Muslim patients in non-Muslim societies. Edited by Jonathan E. Brockopp and Thomas Eich, the volume challenges traditional presumptions of theory and practice to demonstrate the ways in which Muslims balance respect for their heritage with the health issues of a modern world.

Like members of many other faiths, Muslims are deeply engaged by the technological challenges posed by modern biomedicine, and they respond to those challenges with enormous creativity—whether as patients, doctors, or religious scholars. Muslim Medical Ethics demonstrates that religiously based cultural norms often inform medical practice, and vice versa, in an ongoing discourse. The contributors map the breadth and boundaries of this discourse through discussions of contested issues on the cutting edge of ethical debates, from fertilized embryos in Saudi Arabia to patient autonomy in Toronto, from organ trafficking in Egypt to sterilization in Tanzania.

As the authors illustrate, the effects of Muslim medical ethics have ramifications beyond the Muslim world. With growing populations of Muslims in North America and Europe, Western physicians and health-care workers should be educated on the special needs of this category of patients. In every essay the richness of the Islamic tradition is visible. In the premodern period Muslim physicians were considered among the best in the world, building and improving on Greek and Indian traditions. Muslim physicians today continue that tradition while incorporating scientific advances. Scholars of Islamic law work closely with physicians to develop ethical guidelines for national and international bodies, and individual Muslims take full advantage of advances in medicine and religious law, combining them with the wisdom of Sufism and traditions of family and community. This exploration of Muslim medical ethics is therefore a foray into the richness and sophistication of the Islamic tradition itself.

Designed as an engaging point of entrance for students in religious studies, anthropology, ethics, and medical humanities, this pathbreaking volume also has utility for health-care professionals and policy makers.


Jonathan E. Brockopp is an associate professor in the Department of Religious Studies and History at Pennsylvania State University. He is coauthor with Jacob Neusner and Tamara Sonn of Judaism and Islam in Practice: A Sourcebook and editor of Islamic Ethics of Life: Abortion, War, and Euthanasia.

Thomas Eich is an assistant professor at the Seminar for Oriental Studies at the Tübingen University in Germany and the author of Islam und Bioethik and Moderne Medizin und Islamische Ethik.

"The range of this work is extraordinary, far-reaching in both the topics addressed and the disciplines represented by its many authors. Rarely has a collection of essays drawn upon expertise as varied as that of scholars of religious studies and history, anthropologists (both medical and social), doctors, sociologists, and biochemists. Disciplinary range is matched with topical diversity as these authors probe issues of theory and practice within multiple contexts, as they explore ancient medical and theological literatures, and as they assess responses and reactions to the most current academic research and legal reflection."—Jane McAuliffe, president, Bryn Mawr College