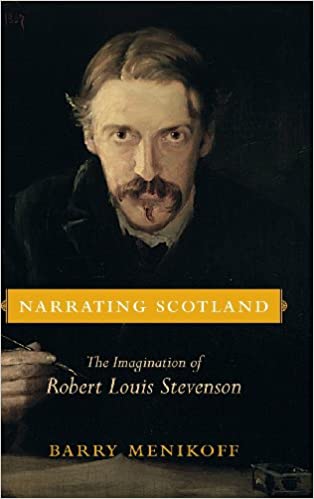 The Imagination Of Robert Louis Stevenson

A reading of Stevenson as a historian at odds with tradition

Beloved for generations as one of Robert Louis Stevenson's most thrilling adventure novels, Kidnapped tells the story of David Balfour, a shrewd and orphaned Lowlander, and Alan Breck Stewart, the brave and flamboyant Jacobite rebel. Together with its less familiar sequel, David Balfour, both novels constitute what many scholars consider to be Stevenson's greatest achievement in fiction. In this reinterpretation, Barry Menikoff questions the traditional understanding of these twin novels as mere adventure stories. He suggests instead that Stevenson wrote the volumes with a broader and more searching purpose in mind.

Although Stevenson chose to cloak himself in the guise of an entertainer with no aim beyond relating amusing and romantic tales from the past, Menikoff reveals that the writer was a serious student of Scottish history and culture. His true project was nothing less than the reconstitution of his country's history in the period just after the collapse of the Jacobite rebellion. Menikoff contends that in Kidnapped and David Balfour Stevenson imaginatively reconstructed that culture, in part for the sake of his nation, and for its posterity.

Narrating Scotland traces the Scottish writer's weaving together of source material from memoirs, letters, histories, and records of trials. Menikoff uncovers the documentary basis for reading Kidnapped and David Balfour as political allegories and reveals the skill with which Stevenson offered a narrative that British colonizers could enjoy without being offended by its underlying condemnation. Menikoff shows that Stevenson's experiments in fiction, which would anticipate such works as Truman Capote's In Cold Blood, successfully inscribed his country's loss of indigenous culture upon an epic narrative that for more than a century has masqueraded as a common adventure story.

"Stevenson's two David Balfour novels—and Kidnapped in particular—have long been enjoyed as adventure stories. Thanks to Barry Menikoff's groundbreaking book, they will also come to be seen as powerful explorations of questions of national identity and imperial power."—Douglas Mack, University of Stirling

"Narrating Scotland is a riveting study that illuminates Stevenson's profound knowledge of Scottish history and law. Menikoff's brilliant archival investigations revise our understanding of Stevenson's 'adventure fiction' while adding extensively to our knowledge of Scottish criminal law and the campaign for the subjugation of the Highlands."—Ann C. Colley, SUNY College at Buffalo, author of Robert Louis Stevenson and the Colonial Imagination