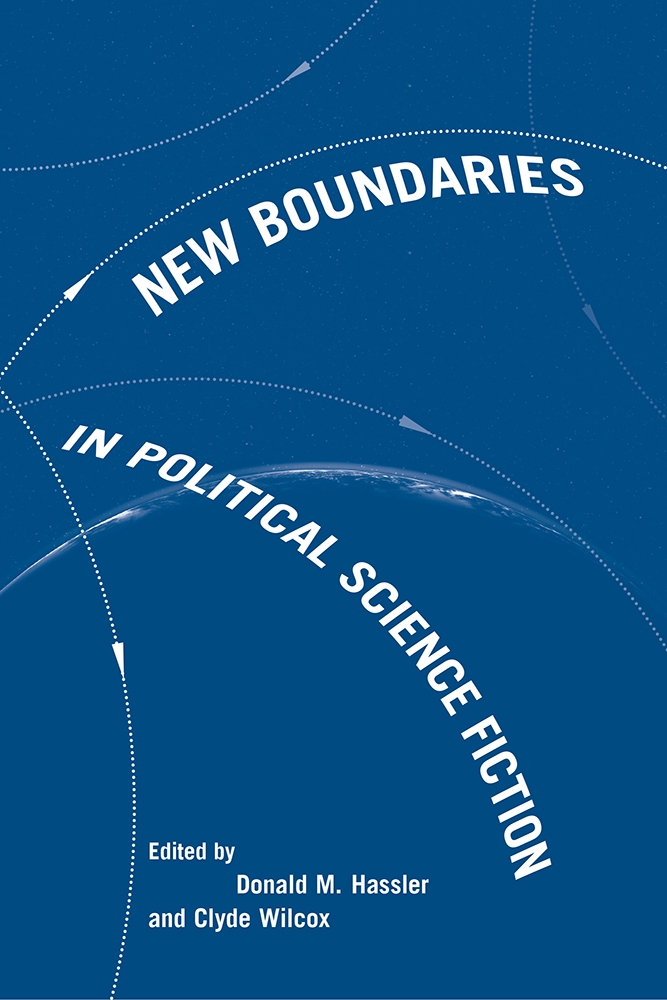 As a follow-up to their 1997 collection Political Science Fiction, editors Donald M. Hassler and Clyde Wilcox have brought together twenty-four noted international scholars representing diverse fields of inquiry to assess more recent influential voices and trends in New Boundaries in Political Science Fiction. The terrors and technologies that permeate our daily lives have changed radically in the past decade, highlighting the underlying speculations on our contested future at the core of this genre. Surveying the vast expanse of recent political science fiction, the editors posit that the defining dilemma for these tales rests in whether identity and meaning germinate from linear progressions or from a continuous return to the primitive realities of war, death, and competition for survival.

The collection's first section focuses on issues inherent in fiction of personal identity and the "new man." From neuroscience to blogs to the polemic on gender and race, this section investigates democratization of political elements that lead to genuine new identities. The subsequent section explores works that evoke the old power centers of empires and nation states, where larger-than-life heroic systems represent a nostalgic symbol for triumphant human advancement. The final section presents idiosyncratic essays on individual writers and concludes with a comic treatment of America's current situation in international politics as viewed through a science fiction lens.


Donald M. Hassler is a professor of English at Kent State University. The executive editor of Extrapolation, he has published books on Erasmus Darwin, Isaac Asimov, Hal Clement, and others.

Clyde Wilcox is a professor of government at Georgetown University. His many books include Onward Christian Soldiers? The Religious Right in American Politics and The Politics of Same-Sex Marriage.

"Fascinating; a clear insight into current and highly informed thinking on matters as diverse as the political implications of Battlestar Galactica, Star Trek as a kind of Philosophy 101, and sexuality in Brazilian science fiction. That it works as a startling and highly germane overview of recent trends in American thinking about the U.S.'s own role in the world is an unexpected but highly welcome bonus."—Iain M. Banks

"Donald M. Hassler and Clyde Wilcox, through the contributions of nearly two dozen international experts, give us a new understanding of the political implications of science fiction. In addition to the acute political studies of influential science-fiction writers from Judith Merril and Philip K. Dick to China Mieville and Iain M. Banks, the authors provide an informed look at Brazilian science fiction, at the ways in which President George W. Bush's warning of global peril are essentially science fiction stories with the plots removed, and at much else."—Frederik Pohl