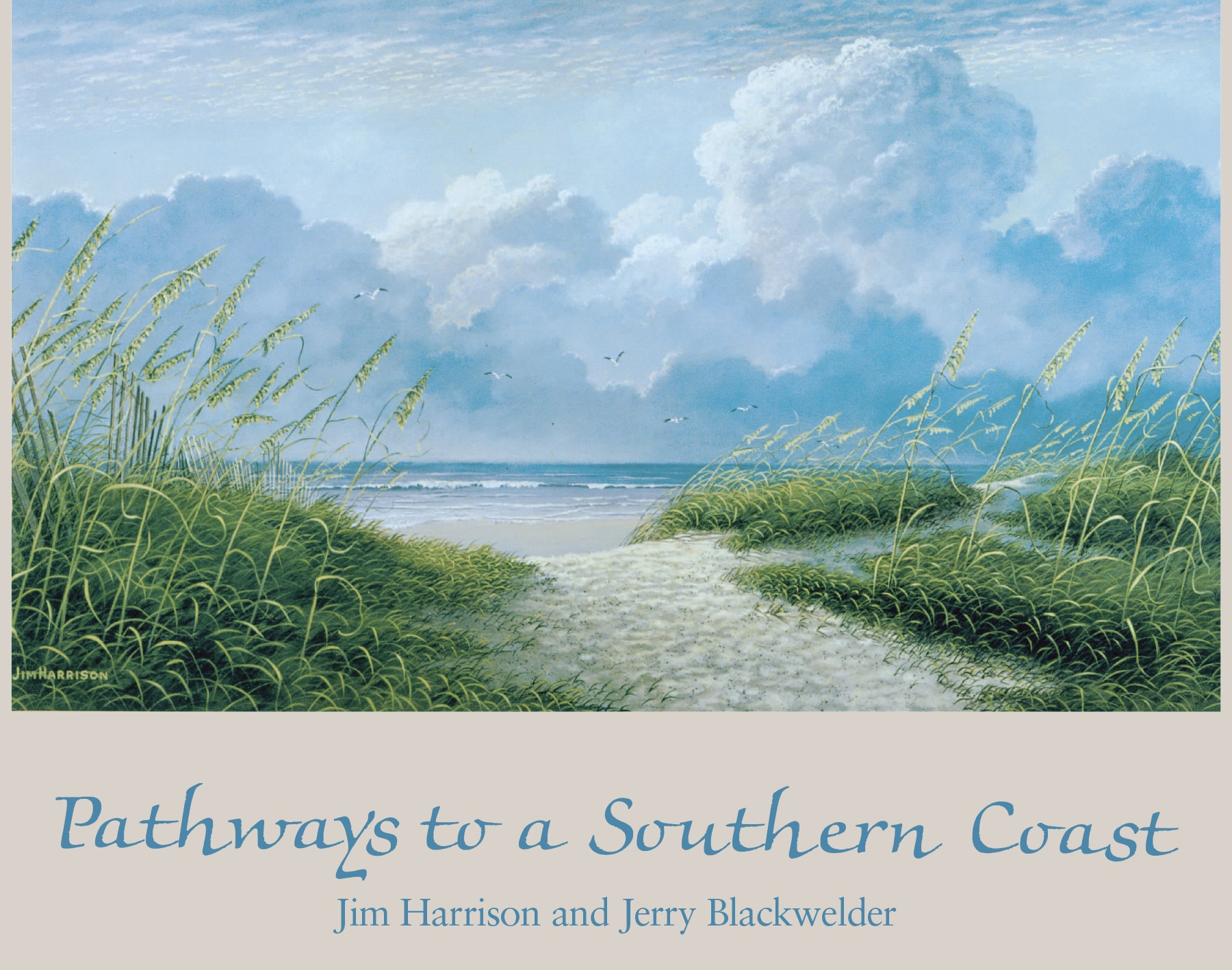 Pathways to a Southern Coast

Jim Harrison is well known for his distinctive paintings of landscapes and seascapes. Throughout his career, he has painted many rural scenes of small-town America, but he has never forgotten that it was his love for the southern coast that launched his career. This affection becomes truly evident in Pathways to a Southern Coast. Between the covers of this handsome volume you will find paintings and sketches of sand dunes, salt marshes, lighthouses, palmetto trees, and old fishing shacks—all done in the inimitable Harrison style. In his accompanying text, Jerry Blackwelder voices the beauty and nostalgia inherent in Harrison's visions of the coast. Blackwelder chronicles coastal folklore and traditions as well as natural history and ecology. Taken together, the art and text serve as a memorable tour along the storied southern coast.

Jim Harrison describes himself as a mood realist artist. Through his work he hopes to evoke in the viewer the same deep appreciation he holds for America's scenic heritage. Harrison has devoted much of his life and art to the preservation of those times gone by. He studied art at the University of South Carolina and launched his professional career in 1971 on the sidewalks of New York's Greenwich Village. He has since moved on to successful shows in prestigious galleries in New York and San Francisco. Harrison and his wife, Margaret, live in his hometown of Denmark, South Carolina. His other books are American Christmas, Country Stores, Jim Harrison: His World Remembered, and The Passing: Perspectives of Rural America.

Jerry Blackwelder is a regular contributor to travel, business, and consumer publications. Blackwelder has also served on the boards of directors of various travel industry and civic organizations. Since 1989 he has headed Blackwelder Communications, a public relations and marketing firm in Greensboro, North Carolina.

"A picturesque cruise down the south Atlantic coast, hosted by South Carolina artist Jim Harrison . . . Pathways to a Southern Coast [is] a gorgeous, nostalgic collection of the sights and scenes of the southeastern seaboard."—Columbia (S.C.) State