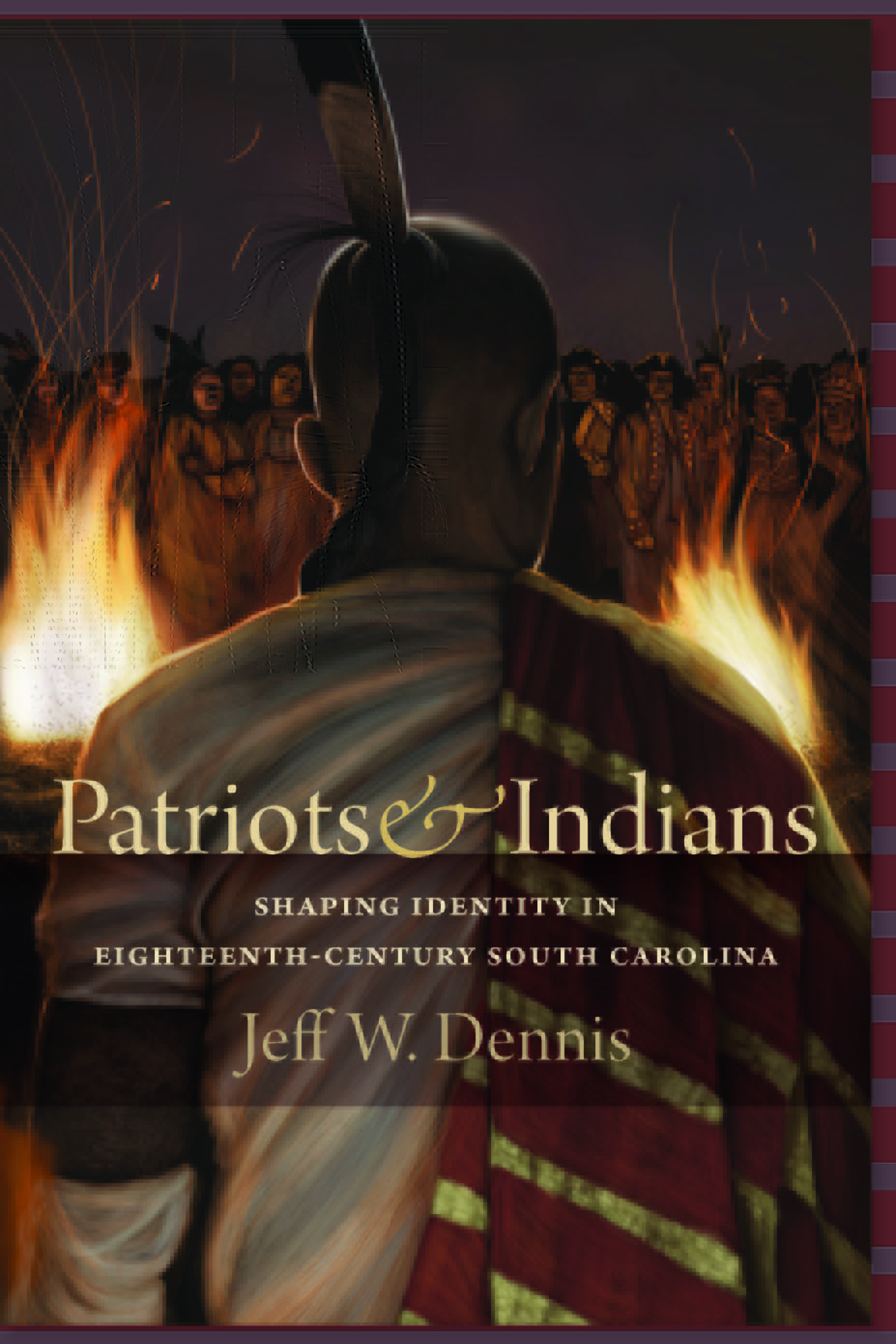 Patriots and Indians examines relationships between elite South Carolinians and Native Americans through the colonial, Revolutionary, and early national periods. Eighteenth-century South Carolinians interacted with Indians in business and diplomatic affairs—as enemies and allies during times of war and less frequently in matters of scientific, religious, or sexual interest. Jeff W. Dennis elaborates on these connections and their seminal effects on the American Revolution and the establishment of the state of South Carolina.

Dennis illuminates how southern Indians and South Carolinians contributed to and gained from the intercultural relationship, which subsequently influenced the careers, politics, and perspectives of leading South Carolina patriots and informed Indian policy during the Revolution and early republic. In eighteenth-century South Carolina, what it meant to be a person of European American, Native American, or African American heritage changed dramatically. People lived in transition; they were required to find solutions to an expanding array of sociocultural, economic, and political challenges. Ultimately their creative adaptations transformed how they viewed themselves and others.

While Native Americans were not the only "others" of the Revolutionary world, they were nonwhite, nonslave, and non-Christian allies of Britain who inhabited many millions of acres of highly arable land. For radical spokesmen such as William Henry Drayton, along with many white people on the frontier, Indians were viewed as a defining enemy during the American Revolution. Dennis contends that the stronger the attachment these men felt to the Whig cause and their aversion to the British, the harsher their attitudes toward Indians. In contrast the closer they were to Indians, socially and psychologically, the more lenient they appeared toward Native Americans. This difference of opinion carried over into national policies toward Native Americans. Following independence, some South Carolina patriots such as Andrew Pickens imagined an American identity broad and honorable enough to include Indians.


Jeff W. Dennis earned B.A. and M.A. degrees at Andrews University in Berrien Springs, Michigan, and subsequently taught social studies, chemistry, and mathematics at Spring Valley Academy in Centerville, Ohio. In 2003 Dennis received a Ph.D. in American history from the University of Notre Dame. From 2001 to 2008, he served as a teacher educator and assistant professor of history at Morehead State University in Kentucky and at Kennesaw State University in Georgia. He now teaches history and psychology at Southwestern Michigan College in his hometown of Dowagiac, Michigan

"Jeff Dennis shows, lucidly and vividly, how white South Carolinians and Natives struggled with each other through the Revolutionary era. Jefferson, not Jackson, becomes the prime architect of removal. But it didn't have to happen that way. Impeccable research, a sparkling read, a host of founding fathers and Native leaders."—Walter Nugent, Tackes Professor Emeritus of History, University of Notre Dame, and author of Habits of Empire: A History of American Expansion

"Patriots and Indians narrates compellingly the complex interactions among South Carolina's leading revolutionary patriots and their Indian neighbors. Simultaneously, it presents an energetic and reflective engagement with the meaning of the American Revolution. It's deep and careful research establishes beyond doubt that for the revolutionary generation in South Carolina, Native Americans mattered."—Gregory Dowd, University of Michigan

"In this meticulously researched volume, Jeff Dennis focuses on the Cherokee and South Carolinians to explore the complex relations between Indians and colonists in the Revolutionary era. Dennis provides a valuable new perspective on America's founders, identifying a clear link between Revolutionary radicalism and animosity toward Indians that shaped national policy long after the Revolution."—James Piecuch, author of Three Peoples, One King: Loyalists, Indians, and Slaves in the Revolutionary South, 1775-1782

"Jeff Dennis presents South Carolina as a microcosm of the state of Patriot-Indian relations in the Revolutionary period, especially in the American South. Well researched, carefully documented, and cogently written, Dennis's work lays bare the stark reality of conditions in the Back Country of that colony/state... a new and excellent portrayal of how early Americans treated their native brethren and is a commendable contribution to that field of our nation's history."—The Journal of America's Military Past

"Patriots and Indians provides a cogent and compelling account of the significance of Native people and of whites' interest in Native lands for the revolution in South Carolina among some of the state's leading revolutionaries."—H-Net

"While the author primarily reviews South Carolina revolutionary history, the volume serves as a useful reminder of the significant Native American presence there until forced removal."—Choice