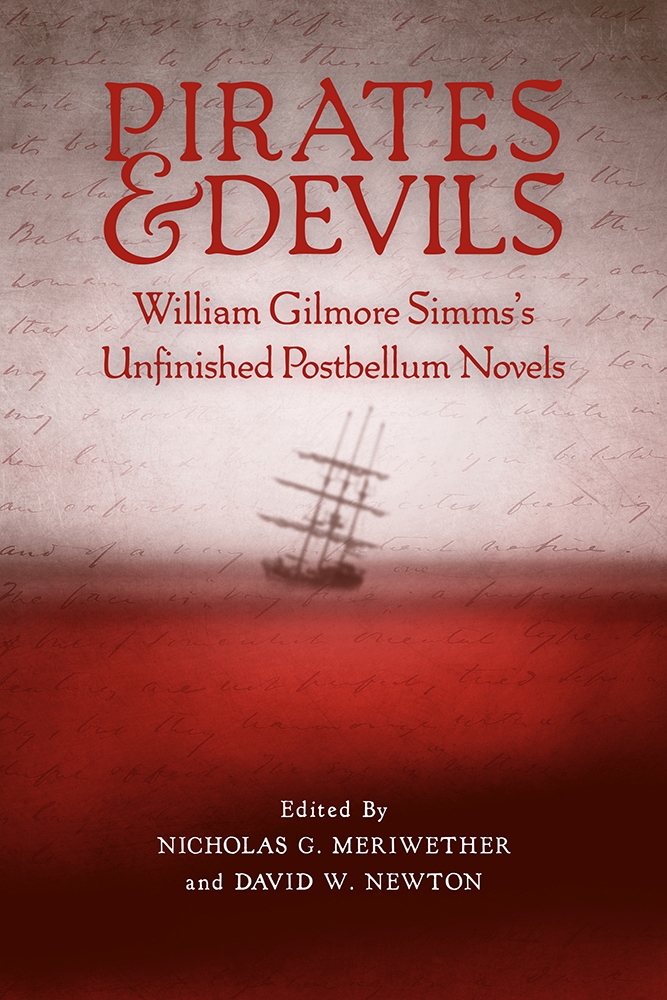 Pirates and Devils, edited by Nicholas G. Meriwether and David W. Newton, presents two of the most significant unfinished works by William Gilmore Simms, a prominent public intellectual of the antebellum South and one of the most prolific literary writers of the nineteenth century. These two incomplete works—the pirate romance, "The Brothers of the Coast," and the folk fable, "Sir Will O' Wisp"—are representative of the some of the last major primary texts of Simms's expansive career. Recent scholarship about Simms, including William Gilmore Simms's Unfinished Civil War, reasserts the significance of Simms's postwar writing and makes this volume's contribution timely.

Left unfinished at his death, these two substantial fragments represent the last of the major primary texts from the final phase of Simms's life to be published. Together, the texts provide greater insight into Simms's creative process, but more importantly, they show Simms continuing to wrestle with the issues he faced in the aftermath of the Civil War, and they document the creativity and courage that commitment represented—and required. The publication of these fragments makes possible a complete picture of this last phase of Simms's life, as he struggled with the consequences of a conflict that had become the defining event of his life, career, and region.

David W. Newton is a professor of English and department chair at the University of West Georgia. His work on Simms has appeared in the Simms Review, Studies in the Literary Imagination, the Southern Quarterly, and William Gilmore Simms and the American Frontier. He also has edited critical editions of The Forayers, Eutaw, and Katharine Walton. He lives in Carrollton, Georgia, with his wife, Karen, and their two daughters, Kelcy and Caroline.

"In telling fashion, Pirates and Devils shows the antebellum South's best known man of letters, a slave-owning planter and early proponent of the Confederacy, trying to find commercially successful ways of turning his philosophy and values into long form fictions after the defeat of his new nation. Editors Nicholas Meriwether and David Newton have done a brilliant job of analyzing the contexts, authorial intentions, and narrative strategies shaping these revealing, partially drafted novels of a Caribbean pirate realm and of a writer's conversations with a beguiling devil, here made available for the first time. The resulting volume is a suggestive chapter in the yet unwritten intellectual history of Reconstruction in the American South."—David Moltke-Hansen, editor of William Gilmore Simms's Unfinished Civil War

"These substantial and heretofore unpublished texts by Simms, impeccably edited, allow us to complete the record of his postbellum years. His imagination survived the war intact, and his will to create was as strong as ever."—James L. W. West III, Pennsylvania State University