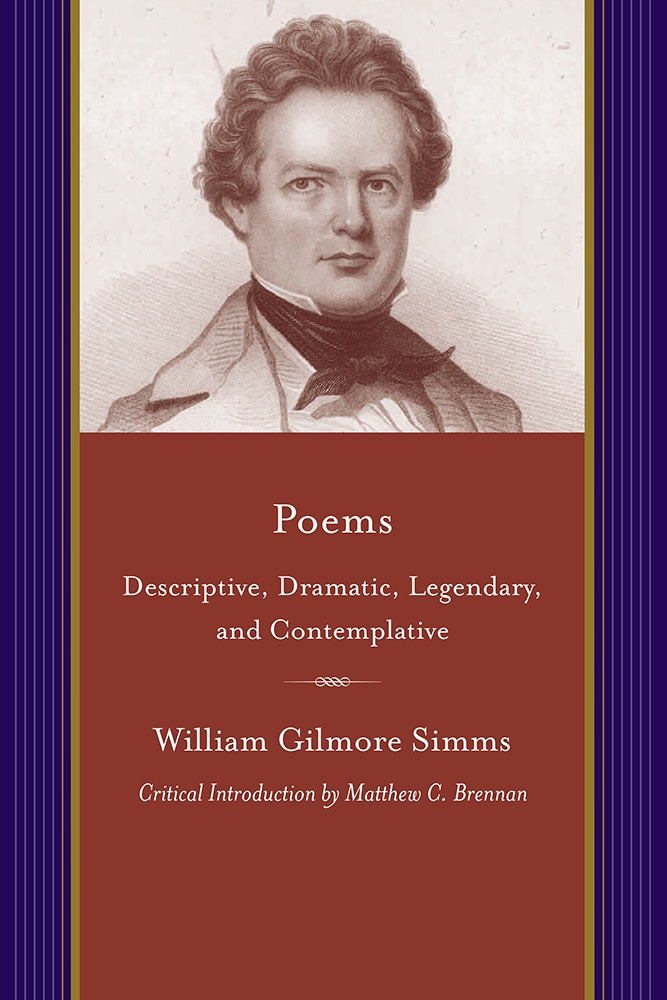 William Gilmore Simms collected a large swath of his previously published poetry into a single, two-volume collection. Poems thus contains a broad selection of the author's verse works, both those that had appeared periodically and those that had seen prior book publication. The latter group includes his verse plays Norman Maurice and Atalantis, his ode to Charleston's Magnolia Cemetery City of the Silent, and his collection of nature poetry The Cassique of Accabee. Perhaps most significant, the collection also contains in its entirety (and dominating the second volume of the collection) Southern Passages and Pictures, the collection of lyric poetry Simms himself often judged his best work. Because of the heft of this latter work, as well as the pervading atmosphere of the southern character throughout the collection as a whole, John Russell recommended the planned volumes "peculiarly to the South, as illustrating its history—its traditions and legends—its scenery and its sentiments." In this way, Poems: Descriptive, Dramatic, Legendary, and Contemplative continued Simms's increasing interest in linking southern patriotism, as well as sentiment, to his poetics.