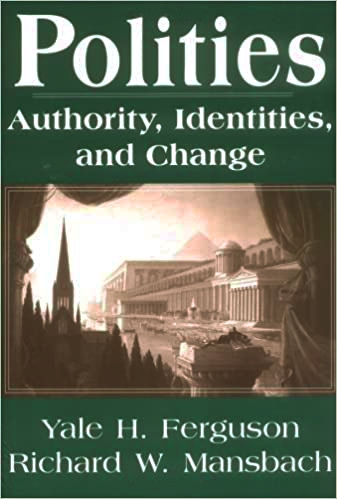 Frustrated by the growing gap between international relations theory and the world it purports to explain, Yale H. Ferguson and Richard W. Mansbach fulfill the promise made in The Elusive Quest to offer an alternative way of thinking about relations among polities. With their latest collaboration, they shift the discipline's traditional focus from a world of territorially bounded sovereign states to an ever-changing variety of overlapping, layered, and linked politically functioning collectives.

Ferguson and Mansbach identify ideal polity types and contend that while individuals typically possess loyalties to many compatible polities, issue may force invidious choices, as exemplified by the post-cold-war reawakenings of "nations," tribes, and clans. Through six case studies of major civilizations and ages, these noted scholars illustrate their theoretical arguments about the constant evolution of polities, the continual shifting of the global structure, and the importance of the past for understanding both the present and the future of global politics.

Richard W. Mansbach is professor of political science at Iowa State University. They have collaborated on several books, including The Elusive Quest: Theory and International Politics and The Web of World Politics: Nonstate Actors in the Global System.