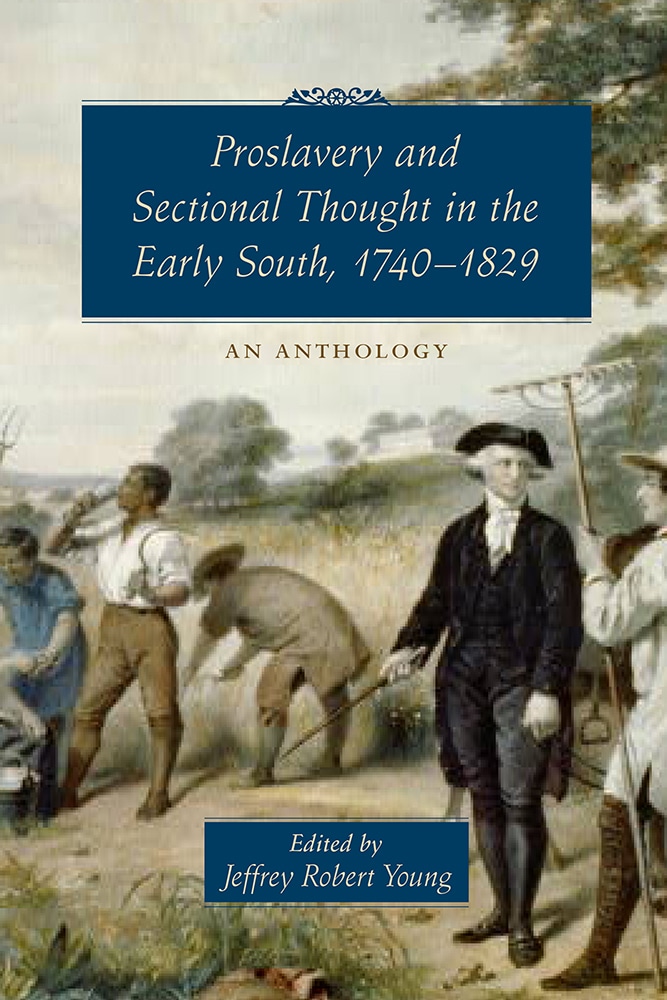 Proslavery and Sectional Thought in the Early South, 1740-1829

In Proslavery and Sectional Thought in the Early South, 1740-1829, Jeffrey Robert Young has assembled thirteen texts that reveal the development of proslavery perspectives across the colonial and early national South, from Maryland to Georgia. The tracts, lectures, sermons, and petitions in this volume demonstrate that defenses of human bondage had a history in southern thought that long predated the later antebellum era traditionally associated with the genesis of such positive defenses of slavery. Previous anthologies, notably Drew Gilpin Faust's The Ideology of Slavery, have made the perspectives of antebellum slavery's defenders widely available to scholars and students, but earlier proslavery thinkers have remained largely inaccessible to modern readers. Young's anthology offers a corrective.

In his introduction to the volume, Young explores the relationship between proslavery thought, Christianity, racism, and sectionalism. He emphasizes the ways in which justifications for slavery were introduced into the American South by reformers who hoped to integrate the region into a transatlantic religious community. These early proponents of slavery tended to minimize racial distinctions between master and slave, and they hoped to minimize the cultural distance between southern plantations and English society.

Only in the early nineteenth century—with the rise of an increasingly influential abolition movement—did proslavery thinkers begin to justify their beliefs with approaches that underscored differences between North and South. Even then the theorists included in this anthology emphasized the extent to which southern slaveholders' claims to mastery were rooted in a Western moral tradition that reached back to antiquity.