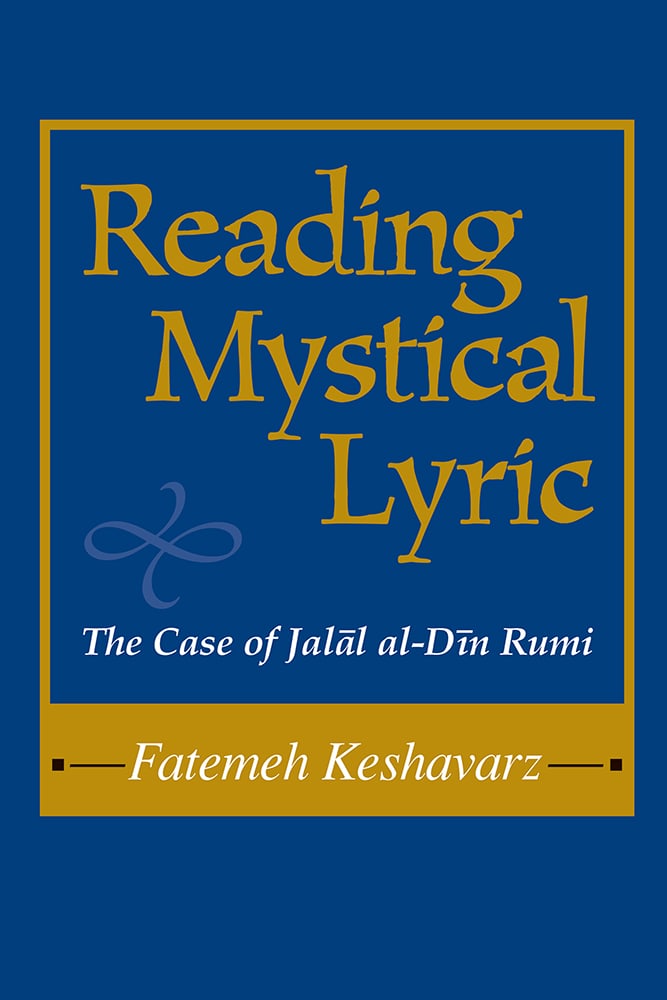 The Case of Jalal Al-Din Rumi

The first ciritcal approach to Rumi's canon of verse

Jalal al-Din Rumi, a towering figure in the Persian speaking world, is currently the most widely published poet in English translation. Yet despite the popularity of his verse, the majority of scholarship on his work focuses not on Rumi's poetry but on his contributions as a mystic. Fatemeh Keshavarz's pioneering study is the first extensive critical examination of this vast, dynamic body of literature. Through close readings of the Divan, his collection of more than 35,000 lyric verses, she explores Rumi's extraordinary popular and critical literary success.

Born and raised in Iran, Fatemeh Keshavarz is an associate professor of Persian and comparative literature and chair of the Department of Asian and Near Eastern Languages and Literatures at Washington University in St. Louis.

"While Rumi's Sufi teachings have long been the focus of scholarly study, much less attention has been given to the aesthetic and poetic dimensions of his work, and so this study of Rumi's ghazals, or love lyrics, by Fatemeh Keshavarz breaks new and fertile ground."—Journal of the American Oriental Society

"It is refreshing to be offered a book which deals with Rumi the poet."—Journal of Islamic Studies