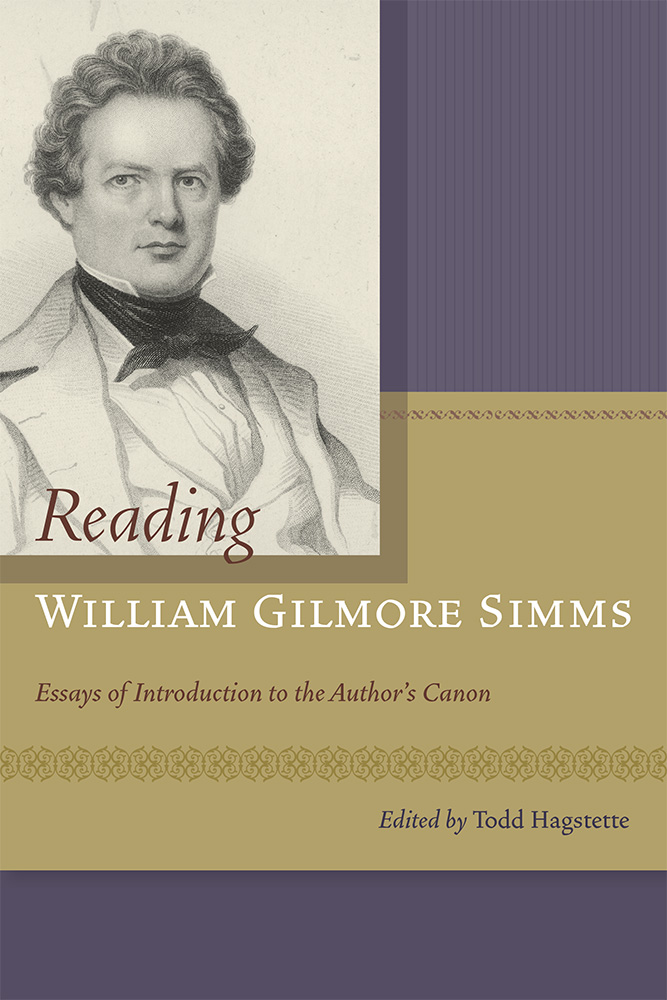 Essays of Introduction to the Author's Canon

William Gilmore Simms was the best known and certainly the most accomplished writer of the mid-nineteenth-century South. His literary ascent began early, with his first book being published when he was nineteen years old and his reputation as a literary genius secured before he turned thirty. Over a career that spanned nearly forty-five years, he established himself as the American South's premier man of letters—an accomplished poet, novelist, short fiction writer, essayist, historian, dramatist, cultural journalist, biographer, and editor. In Reading William Gilmore Simms, Todd Hagstette has created an anthology of critical introductions to Simms's major publications, including those recently brought back into print by the University of South Carolina Press, offering the first ever primer compendium of the author's vast output.

Simms was a Renaissance man of American letters, lauded in his time by both popular audiences and literary icons alike. Yet the author's extensive output, which includes nearly eighty published volumes, can be a barrier to his study. To create a gateway to reading and studying Simms, Hagstette has assembled thirty-eight essays by twenty-four scholars to review fifty-five Simms works. Addressing all the author's major works, the essays provide introductory information and scholarly analysis of the most crucial features of Simms's literary achievement.

Arranged alphabetically by title for easy access, the book also features a topical index for more targeted inquiry into Simms's canon. Detailing the great variety and astonishing consistency of Simms's thought throughout his long career as well as examining his posthumous reconsideration, Reading William Gilmore Simms bridges the author's genius and readers' growing curiosity. The only work of its kind, this book provides an essential passport to the far-flung worlds of Simms's fecund imagination.