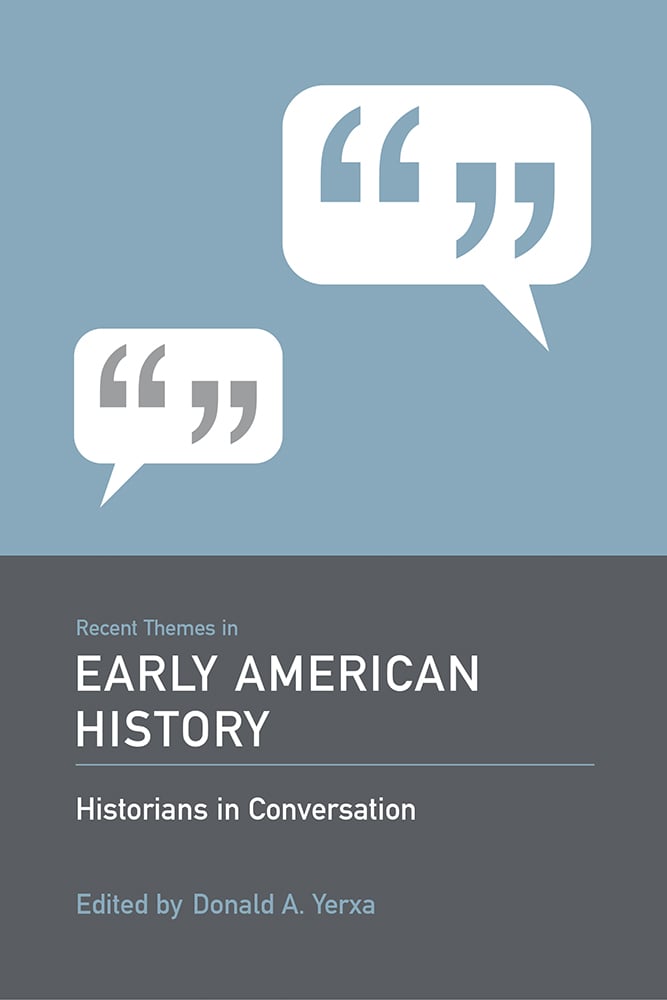 Described as "the New York Review of Books for history," Historically Speaking has emerged as one of the most distinctive historical publications in recent years, actively seeking out contributions from a pantheon of leading voices in historical discourse. Recent Themes in Early American History represents the best writing on colonial and revolutionary-era American history to appear in its pages the past five years.

This collection of recent essays and interviews from Historically Speaking demonstrates that traditional approaches still foster fresh understanding of the early American past and that original contributions to traditional topics continue to be made. The volume's centerpiece is a lively forum on disjunctions between colonial and revolutionary historiography. Other pieces in this collection assess the divergent interests of academics and lay readers on the subject of the founding fathers, explore the emergence of American nationalism, examine notions of sustainability in colonial agriculture, map links between culinary history and national identity, and make new inroads into a host of standard topics, including the legacy of Jamestown and Plymouth, the end of Puritanism, and higher education in the colonies.

Recent Themes in Early American History serves as a companion text for related courses on American history as well as an entrance point for savvy general readers.


Donald A. Yerxa is assistant director of the Historical Society and editor of its bulletin, Historically Speaking. A professor of history at Eastern Nazarene College in Quincy, Massachusetts, Yerxa is the author of The Burning of Falmouth, 1775 and Admirals and Empire: The United States Navy and the Caribbean, 1898–1945 and coauthor of Species of Origins: America's Search for a Creation Story. His articles and interviews have appeared in a variety of publications, including the European Review, Military Affairs, the Naval War College Review, Mariner's Mirror, Fides et Historia, Books & Culture, Science & Spirit, and Historically Speaking.