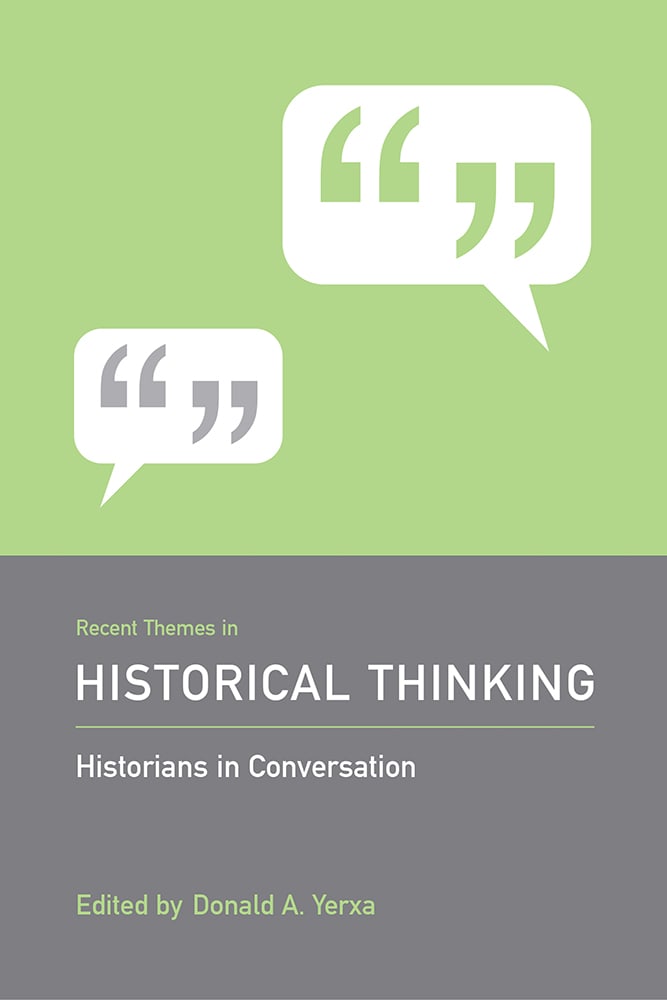 Described as "the New York Review of Books for history," Historically Speaking has emerged as one of the most distinctive historical publications in recent years, actively seeking out contributions from a pantheon of leading voices in historical discourse from both inside and outside academia. Recent Themes in Historical Thinking represents some of the best writing on historiography to appear in the past five years.

The prominent historians featured in this collection of essays and interviews drawn from Historically Speaking comment on such wide-ranging topics as the impact of postmodernism on the field, the relationship between professional and popular history, the importance of historical consciousness, and the limitations of the field in its current state. A special feature of this volume is a lively forum on counterfactuals, the might-have-beens of history. The volume in general and the forum in particular illustrate the value of ongoing conversation between historians in advancing historical investigation and enriching debate and discussion within and beyond the academic setting.

Designed as an accessible point of entry for students and interested general readers, Recent Themes in Historical Thinking opens new vistas for understanding the methods of historiography.


Donald A. Yerxa is assistant director of the Historical Society and editor of Historically Speaking. A professor of history at Eastern Nazarene College in Quincy, Massachusetts, Yerxa is the author of The Burning of Falmouth, 1775 and Admirals and Empire: The United States Navy and the Caribbean, 1898–1945 and coauthor of Species of Origins: America's Search for a Creation Story.