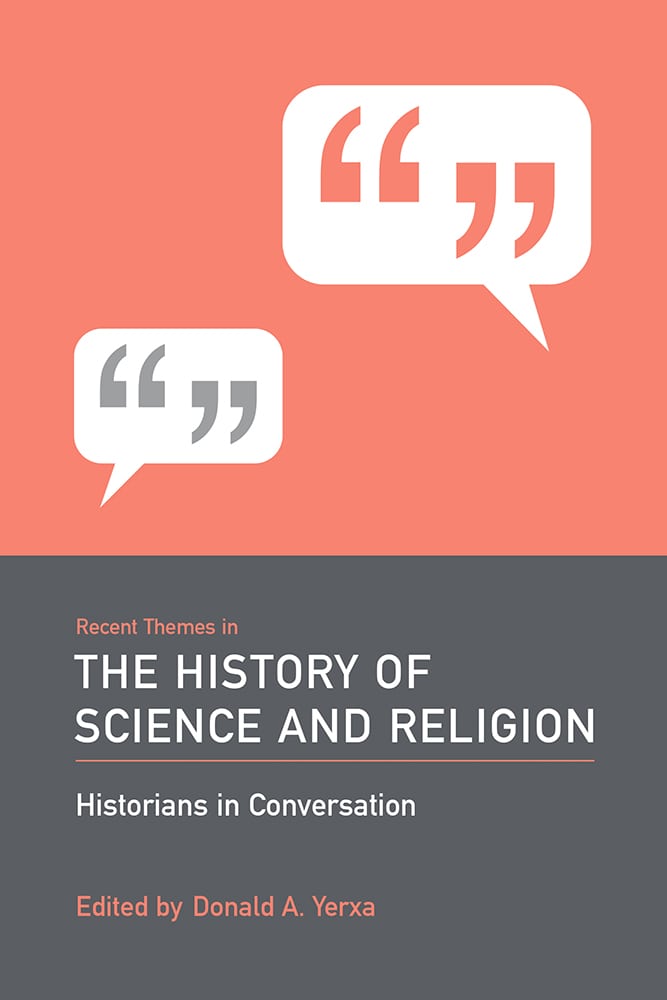 Recent Themes in the History of Science and Religion

Described as "the New York Review of Books for history," Historically Speaking has emerged as one of the most distinctive historical publications in recent years, actively seeking out contributions from a pantheon of leading voices in historical discourse from both inside and outside academia. Recent Themes in the History of Science and Religion represents some of the best writing on the intersections of scientific and religious history produced in recent years.

This collection of essays from Historically Speaking centers around four sustained dialogues among an international group of leading historians of science. Two of the conversations focus on how historians interpret the relationship between science and religion. Another section examines whether there was such a phenomenon as the scientific revolution and, if so, whether it was of pivotal importance. The final section debates the notion that there has been discernable progress in history. Collectively the experts contributing to this volume seek to broach the big questions at stake in ongoing efforts to fathom the historical interface of science and religion—two of the most important ways of knowing our world—to better our understanding of how both have shaped the course of history and the direction of modern thinking.

Designed as a supplemental reader for students of scientific and religious history, this volume will appeal as well to general readers with avid interests in history.


Donald A. Yerxa is codirector of the Historical Society and a senior editor of its bulletin, Historically Speaking. An emeritus professor of history at Eastern Nazarene College in Quincy, Massachusetts, Yerxa is the author of The Burning of Falmouth, 1775 and Admirals and Empire: The United States Navy and the Caribbean, 1898–1945 and coauthor of Species of Origins: America's Search for a Creation Story. His articles and interviews have appeared in Military Affairs, the Naval War College Review, Mariner's Mirror, Fides et Historia, Books & Culture, Science & Spirit, Historically Speaking, and other publications.