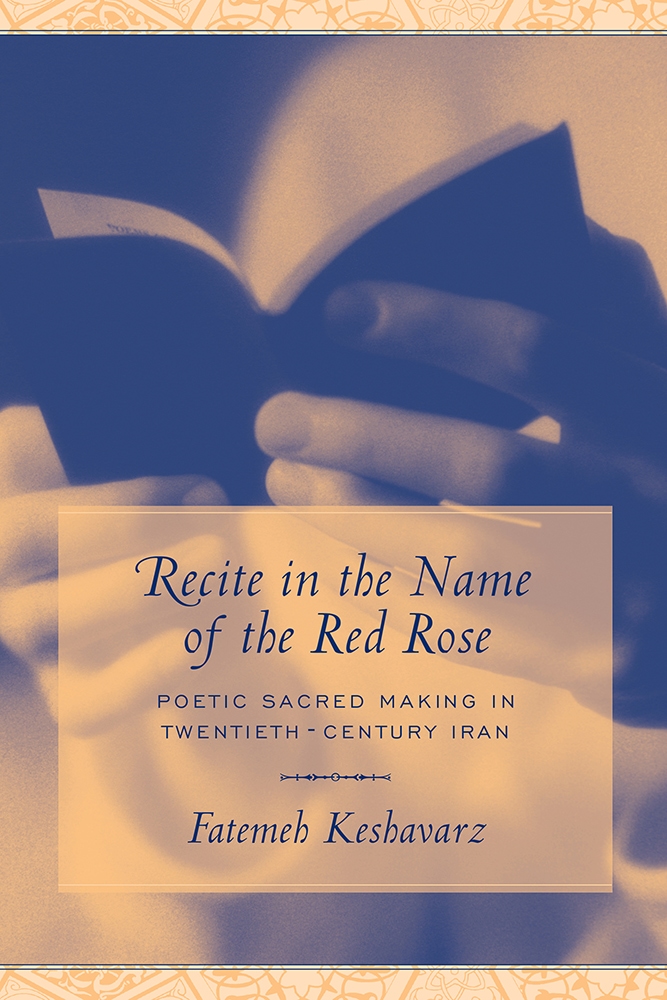 Recite in the Name of the Red Rose

Recite the Name of the Red Rose introduces Western readers to constructions of the sacred in twentieth-century Iranian poetry. Sifting through the lives and writings of modern and classical poets, Fatemeh Keshavarz provides a systematic examination of the array of religious impulses in recent Persian verse. Viewing poetry as the site of the emergence of the self and the sacred, she confirms that sanctification is not static in its forms but continuously in flux and that the poetic modes used to articulate the sanctified are equally fluid.

Keshevarz begins by introducing the core concepts that define and detach religion and secularity in contemporary Iranian society. By thoroughly discussing the nature of classical Persian poetry she makes clear that expressions of the sacred in verse have been open to negotiation and change even in the premodern period. However, in Iran's modern poetic landscape Keshavarz uncovers many new patterns of expressing the sacred. In individual chapters on the writings of Forugh Farrokhzad (1935-1967), Sohrab Sepehri (1928-1981), and Ahmad Shamlu (1925-2000), she discusses the paradigmatic ways prominent poets of the twentieth century have related to the sacred in a nation forging its vision of modernity.

While most scholars perceive current Iranian culture to be sharply divided between literalist conservatives and secular progressives, Keshavarz identifies provocative shades of spiritual expression less rigidly defined and hence neglected by the established critical tradition. Bringing such expression to the fore of scholarly attention, her study invites a more nuanced appreciation of the crosscurrents of religion and literature in recent Middle Eastern culture.


A native of Iran, Fatemeh Keshavarz is a professor of Persian and comparative literature and chair of the Department of Asian and Near Eastern Languages and Literatures at Washington University in St. Louis. She is the author of Reading Mystical Lyric: The Case of Jalal al-Din Rumi.

"Recite in the Name of the Red Rose is a compelling and provocative book. Fatemeh Keshavarz shifts focus away from the familiar binaries of religious/secular and modern/traditional to offer a multi-layered analysis of Iranian poetry and its inherent push and pull between continuity and change, compliance and resistance, mundane and spiritual. This is a welcome addition to the growing and exciting body of works on Iranian literature."—Farzaneh Milani, professor of Persian and women's studies and director of Studies in Women and Gender at the University of Virginia

"Fatemeh Keshavarz's Recite in the Name of the Red Rose is a brilliant, lucid, and highly original study of the religious aspects of modern Persian literature. It is a breakthrough, not only in the sense that it creates a genuine cross-disciplinary fusion of religious studies and literary criticism, but also in the way that it brings about a dramatic revision of how we understand Persian literature in general."—Carl W. Ernst, William R. Kenan Distinguished Professor of Religious Studies and director of the Carolina Center for the Study of Middle East and Muslim Civilizations at the University of North Carolina Chapel Hill