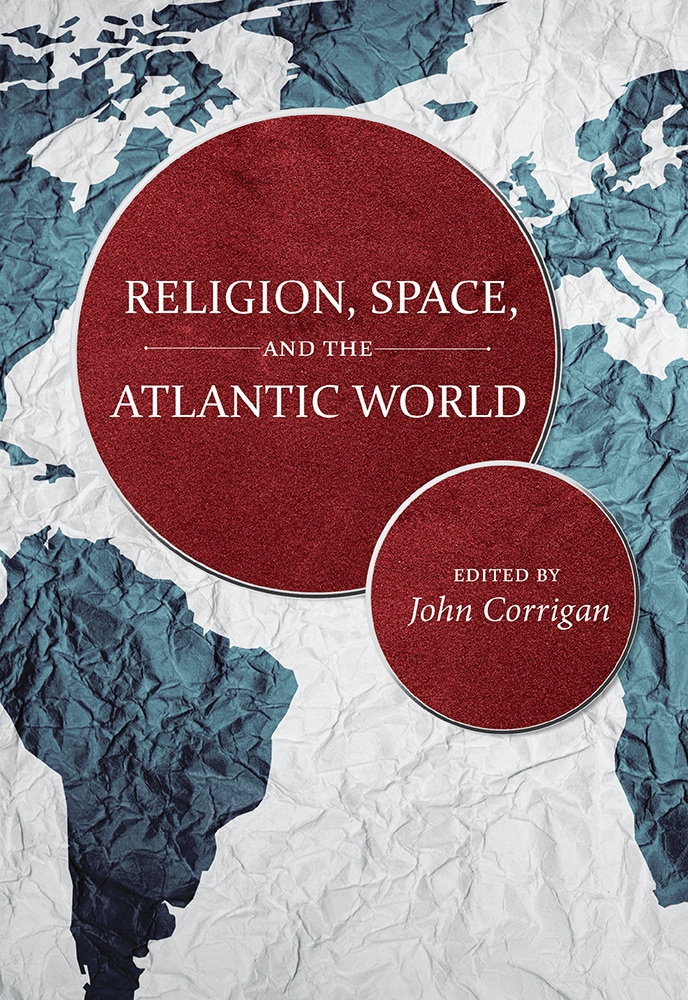 Religion, Space, and the Atlantic World

While the concept of an Atlantic world has been central to the work of historians for decades, the full implications of that spatial setting for the lives of religious people have received far less attention. In Religion, Space, and the Atlantic World, John Corrigan brings together research from geographers, anthropologists, literature scholars, historians, and religious studies specialists to explore some of the possibilities for and benefits of taking physical space more seriously in the study of religion.

Focusing on four domains that most readily reflect the importance of Atlantic world spaces for the shape and practice of religion (texts, design, distance, and civics), these essays explore subjects as varied as the siting of churches on the Peruvian Camino Real, the evolution of Hispanic cathedrals, Methodist identity in nineteenth-century Canada, and Lutherans in early eighteenth-century America. Such essays illustrate both how the organization of space was driven by religious interests and how religion adapted to spatial ordering and reordering initiated by other cultural authorities.

The case studies include the erasure of Native American sacred spaces by missionaries serving as cartographers, which contributed to a view of North America as a vast expanse of unmarked territory ripe for settlement. Spanish explorers and missionaries reorganized indigenous-built space to impress materially on people the "surveillance power" of Crown and Church. The new environment and culture often transformed old institutions, as in the reconception of the European cloister into a distinctly American space that offered autonomy and solidarity for religious women and served as a point of reference for social stability as convents assumed larger public roles in the outside community. Ultimately even the ocean was reconceptualized as space itself rather than as a connector defined by the land masses that it touched, requiring certain kinds of religious orientations—to both space and time—that differed markedly from those on land.

Collectively the contributors examine the locations and movement of people, ideas, texts, institutions, rituals, power, and status in and through space. They argue that just as the mental organization of our activity in the world and our recall of events have much to do with our experience of space, we should take seriously the degree to which that experience more broadly influences how we make sense of our lives.


John Corrigan is the Lucius Moody Bristol Distinguished Professor of Religion and professor of history at Florida State University. His previous books on the spatial humanities, all coedited with David Bodenhamer and Trevor Harris, include The Spatial Humanities: GIS and the Future of Humanities Scholarship, Deep Maps and Spatial Narratives, and the forthcoming Making Deep Maps: Foundations, Approaches, and Methods. Corrigan is the editor in chief of the Oxford Encyclopedia of American Religion.

"Religion, Space, and the Atlantic World neatly contributes to three fields at once, with history, Atlantic World studies, and religious studies its chief beneficiaries. These first-rate essays reveal how space and religion shaped the Atlantic World and provide a compelling example of how the spatial humanities reorients our understanding of its development."—David Bodenhamer, Indiana University-Purdue University Indianapolis