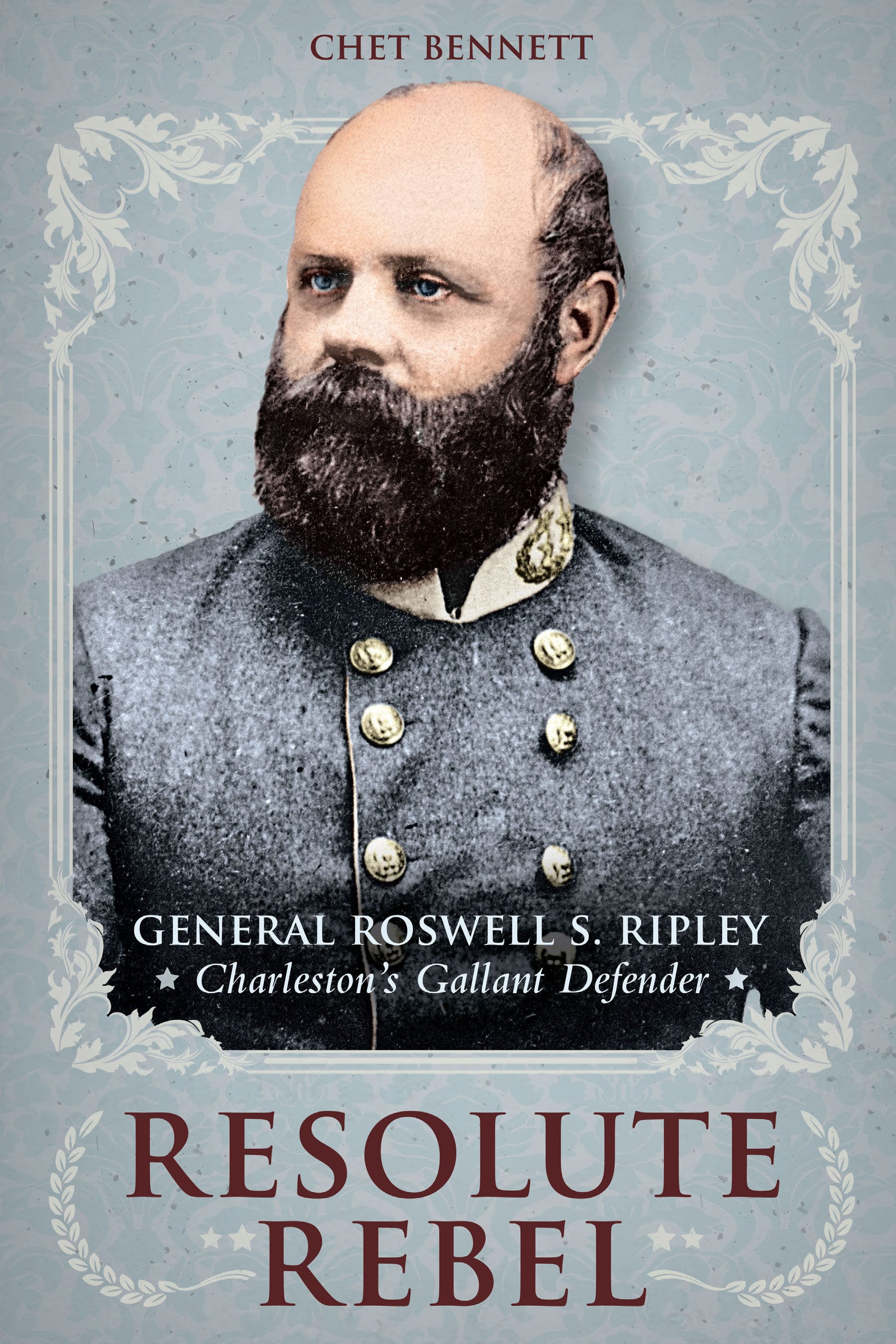 The first biography of Gen. Ripley's complex, often contradictory military service in the U.S. and Confederate armies and his postwar British exploits

Roswell S. Ripley (1823-1887) was a man of considerable contradictions exemplified by his distinguished antebellum service in the U.S. Army, followed by a controversial career as a Confederate general. After the war he was active as an engineer/entrepreneur in Great Britain. Author Chet Bennett contends that these contradictions drew negative appraisals of Ripley from historiographers, and in Resolute Rebel Bennett strives to paint a more balanced picture of the man and his career.

Born in Ohio, Ripley graduated from the U.S. Military Academy and served with his classmate Ulysses S. Grant in the Mexican War, during which Ripley was cited for gallantry in combat. In 1849 he published The History of the Mexican War, the first book-length history of the conflict. While stationed at Fort Moultrie in Charleston, Ripley met his Charleston-born wife and began his conversion from unionism to secessionism. After resigning his U.S. Army commission in 1853, Ripley became a sales agent for firearms manufacturers. When South Carolina seceded from the Union, Ripley took a commission in the South Carolina Militia and was later commissioned a brigadier general in the Confederate army. Wounded at the Battle of Antietam in 1862, he carried a bullet in his neck until his death. Unreconciled in defeat, Ripley moved to London, where he unsuccessfully attempted to gain control of arms-manufacturing machinery made for the Confederacy, invented and secured British patents for cannons and artillery shells, and worked as a writer who served the Lost Cause.

After twenty-five years researching Ripley in the United States and Great Britain, Bennett asserts that there are possibly two reasons a biography of Ripley has not previously been written. First, it was difficult to research the twenty years he spent in England after the war. Second, Ripley was so denigrated by South Carolina's governor Francis Pickens and Gen. P. G. T. Beauregard that many writers may have assumed it was not worth the effort and expense. Bennett documents a great disconnect between those negative appraisals and the consummate, sincere military honors bestowed on Ripley by his subordinate officers and the people of Charleston after his death, even though he had been absent for more than twenty years.


Chet Bennett graduated from Ohio State University College of Medicine and served in the U.S. Air Force from 1966 to 1969. He is a member of the South Carolina Historical Society, the Sons of Confederate Veterans, the Military Order of the Stars and Bars, and the Society of the Sons of the American Revolution. His maternal great-grandfather Pvt. G. L. Davis served with the Confederate Army Company A, 1st Regiment, South Carolina Artillery, under the command of Gen. Ripley. Bennett's paternal great-great uncles, David and Daniel Bennett, served with the Union Army 62nd Ohio Volunteer Infantry on Folly and Morris Islands.

"In addition to being the first truly comprehensive treatment of Roswell Ripley's life, Bennett's study is also a vitally useful addition to the Civil War Charleston literature."—Civil War Books and Authors

"This often-maligned but under-scrutinized Confederate commander finally receives the attention he deserves in this deeply researched and closely argued study. General Roswell S. Ripley emerges from the margins of Civil War history thanks to the able pen of Chet Bennett."—A. Wilson Greene, author of Civil War Petersburg: Confederate City in the Crucible of War

"An Ohio native who fought for the Confederacy, Roswell S. Ripley commanded Confederate batteries that initiated the Civil War at Fort Sumter, led a brigade during the Peninsula and Antietam campaigns before returning to Charleston to command the city's defenses. Respected by his subordinates but maligned by his superiors, Ripley's war legacy has been properly restored by Chet Bennett's well written, finely researched work that reveals new details of the general's extensive career. Forgotten in earlier Civil War writings, Bennett's biography properly restores General Ripley to his place in the pantheon of Civil War history."—Stephen R. Wise, author of Gate of Hell: Campaign for Charleston 1863

"Roswell Ripley was born in Ohio, but risked his life for the Confederacy. After he drove federal forces from Fort Sumter, South Carolina governor Francis W. Pickens claimed, 'South Carolina will never forget the services you have rendered.' However, today few South Carolinians remember their former defender. Thanks to Chet Bennett, Ripley—and Civil War readers—has finally received the biography he deserves."—Stephen G. Hoffius, coauthor of Northern Money, Southern Land and Upheaval in Charleston

"If Confederate generals and the defense of Charleston are in your wheelhouse, Resolute Rebel deserves to be on your bookshelf."—Civil War News