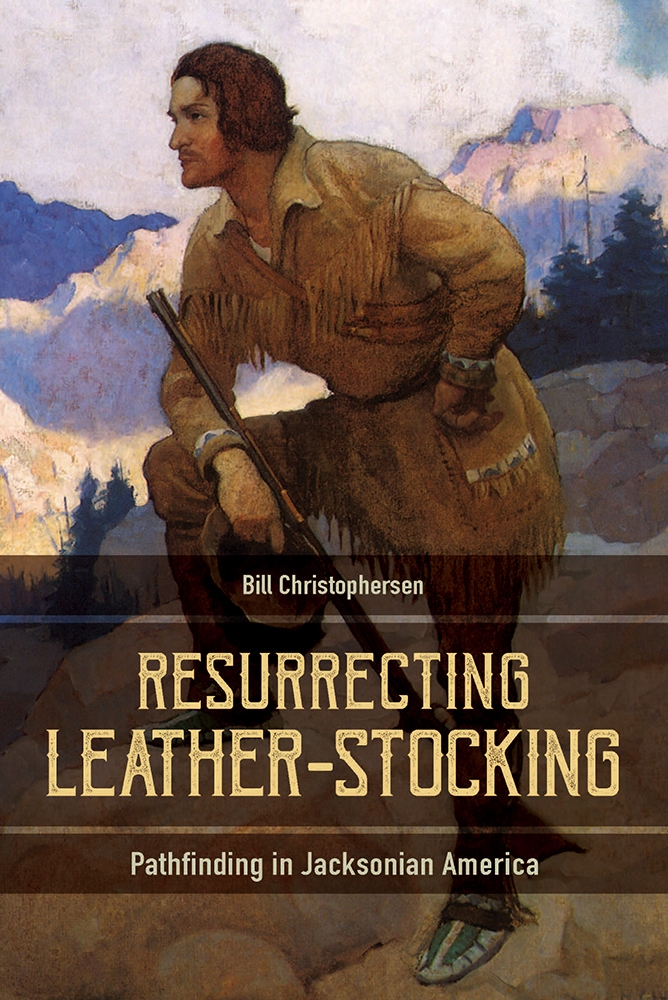 An examination of the renowned author's complex portrayal of frontier America

James Fenimore Cooper's Leather-Stocking tales—The Pioneers, The Last of the Mohicans, The Prairie, The Pathfinder, and The Deerslayer (1823-1841)—romantically portray frontier America during the colonial and early republican eras. Bill Christophersen's Resurrecting Leather-Stocking: Pathfinding in Jacksonian America suggests they also highlight problems plaguing nineteenth-century America during the contentious decades following the Missouri Compromise, when Congress admitted Missouri to the Union as a slave state.

During the 1820s and 1830s, the nation was riven by sectional animosity, slavery, prejudice, populist politics, and finally economic collapse. Christophersen argues that Cooper used his fictions to imagine a path forward for the Republic. Cooper, he further suggests, brought back Leather-Stocking to test whether the common man, as empowered by Jackson's presidency, was capable of republican virtue—something the author considered key to renewing the nation.


Bill Christophersen holds a PhD in English from Columbia University and is an independent scholar in New York City who has taught literature and writing at Fordham University, the City University of New York, and other institutions. The author of The Apparition in the Glass: Charles Brockden Brown's American Gothic and three poetry collections, Christophersen received the 2017 James Franklin Beard Award from the James Fenimore Cooper Society. His writing has appeared in American Literature, Early American Literature, Studies in American Fiction, New York Times Book Review, New Leader, and Poetry.

""Bill Christophersen's recent work, Resurrecting Leather-Stocking: Pathfinding in Jacksonian America (2019), is an excellent new resource for both students and scholars. The book offers an organizational structure that is practical for pedagogical uses.""—Resources for American Literary Study

""[A] fantastic multi-layered introduction to the writer's heralded Leather-Stocking series, including a strong defense of The Pathfinder, perhaps the most neglected novel within the series.""—The James Fenimore Cooper Society Newsletter

"Bill Christopersen has given us a sharp-witted new reading of Cooper's chief accomplishment. By situating the five Leather-Stocking novels in their proper political and cultural contexts, he provides all sorts of new insights into the period and its chief novelist. Resurrecting Leather-Stocking richly delivers on the promise of its title."—Wayne Franklin, University of Connecticut, Storrs