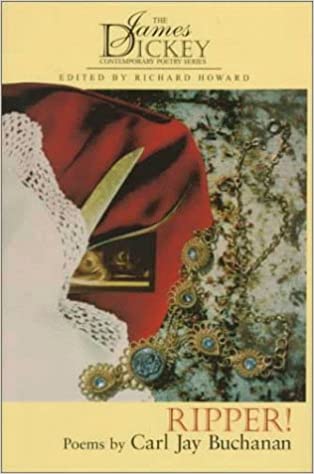 After a hundred years, the secrets of his identity and motivation remain a mystery. But what is the heart of this legendary enigma, the self-styled Jack the Ripper, who signed one letter "Yours from Hell," enclosing with it a positively identified piece of a victim's kidney? Ripper! is a collection of dramatic, lyric, and narrative poems backed by enticing biographical facts about the man who terrorized foggy London in the autumn of 1888.

This collection offers six psychological portraits of the main suspects that shockingly yet precisely detail the bizarre workings of the Ripper's own mind during the act of murder. Throughout, the text explores why we are haunted by violence, why we are fascinated by this figure who remains for us the incarnation of rape and rage. The most striking feature of Ripper!, however, is the set of companion pieces to the murderer's monologues. In these poems, the victims themselves speak frankly of their defilement and their destinies. Through a work that explores and defines the limits of violence in language and the soul, the reader faces the compulsive attraction of violence and is fundamentally changed.

Carl Jay Buchanan, a native of Kansas, currently works in educational assessment and has taught throughout the United States and in several other countries. He believes with Tacitus that "nothing human is alien to me." Buchanan lives with his wife, Kristine, who is an artist, and their daughter, Miranda Hope, in Grand Rapids, Michigan.

"This debut by a Michgan educational assessor is very much a book, not a collection of individual poems, all about the turn-of-the-century murderer known as Jack the Ripper." "The woman-hating language of the speakers and gruesome details of their actions are not for the faint of heart. But Buchanan has achieved something clever and powerful here: he's revealed the mysteries of identity at the heart of a Victorian murder mystery."—Kirkus Reviews