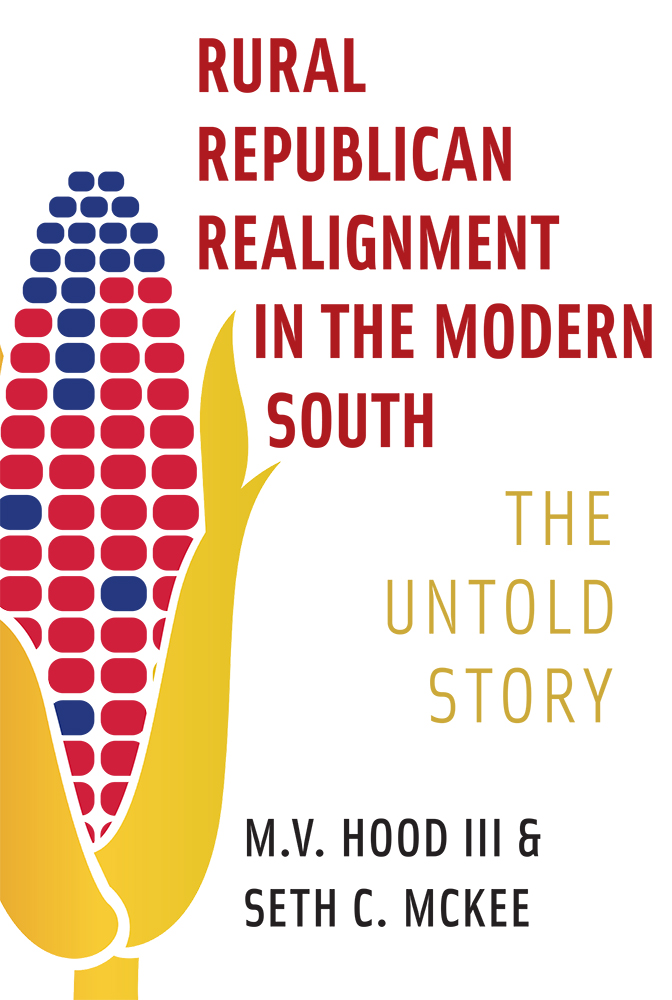 Beginning with the Dixiecrat Revolt of 1948 and extending through the 2020 election cycle, political scientists M.V. Hood III and Seth C. McKee trace the process by which rural white southerners transformed from fiercely loyal Democrats to stalwart Republicans. While these rural white southerners were the slowest to affiliate with the Grand Old Party, they are now its staunchest supporters. This transition and the reasons for it are vital to understanding the current electoral landscape of the American South, including states like Georgia, Florida, North Carolina, Texas, and Virginia, all of which have the potential to exert enormous influence over national electoral outcomes.

In this first book-length empirically based study focusing on rural southern voters, Hood and McKee examine their changing political behavior, arguing that their Democratic-to-Republican transition is both more recent and more durable than most political observers realize. By analyzing data collected from their own region-wide polling along with a variety of other carefully mined sources, the authors explain why the initial appeal of 1950s Republicanism to upscale white southerners in metropolitan settings took well over a half-century to yield to, and morph into, its culturally conservative variant now championed by rural residents. Hood and McKee contend that it is impossible to understand current American electoral politics without understanding the longer trajectory of voting behavior in rural America and they offer not only a framework but also the data necessary for doing so.

M.V. Hood III is professor of political science and director of the School of Public & International Affairs Survey Research Center at the University of Georgia.

"For too long, Political Science has focused almost exclusively on urban politics and has largely ignored the fascinating and politically relevant story of rural politics. Hood and McKee blend historical and statistical analysis to shine a light on how the political transformation of the rural American South can help explain the polarized America of today."—Christopher A. Cooper, Robert Lee Madison Distinguished Professor and Director of the Public Policy Institute at Western Carolina University

"I knew we needed a detailed examination of political realignment in the rural South, but I did not realize how desperate that need was until I read Hood and McKee's Rural Republican Realignment in the Modern South. Too often our historical survey data has polled too many southern city dwellers, whose daily lives and political realities are so different from rural southerners. Gathering the data alone would have been an accomplishment, but Hood and McKee have given scholars and observers of southern politics so much more."—Angie Maxwell, Associate Professor of Political Science and Director of the Diane D. Blair Center of Southern Politics and Society at the University of Arkansas

"Hood and McKee's analysis of the realignment of rural southern white voters from the Democratic Party to the Republican Party is an indispensable contribution to our understanding of this realignment that has reshaped American politics. Readers will better understand American politics and elections as a result of the authors' incisive, rigorous, and comprehensive treatment of this subject."—David Darmofal, Co-author of Demography, Politics, and Partisan Polarization in the United States, 1828–2016