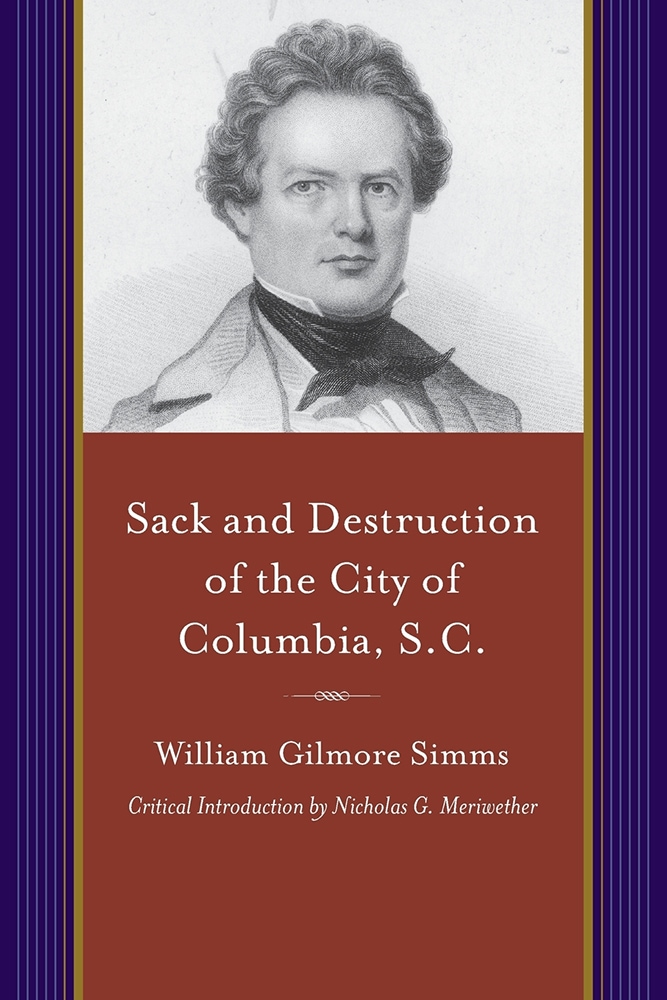 Sack and Destruction of the City of Columbia, S.C.

To Which Is Added a List of the Property Destroyed

William Gilmore Simms's Sack and Destruction of the City of Columbia, SC is a narrative recounting of William Tecumseh Sherman's entry into and occupation of South Carolina's capital city, and its subsequent destruction in the waning days of the Civil War. Sack and Destruction sees an integration of Simms's abilities as a writer of narrative prose, as an interpreter of history, as well as his journalistic talents. In many ways, this pamphlet, published five years before Simms's death, is a fitting culmination of the author's long and illustrious career.

Charles Royster's The Destructive War, John G. Barrett's Sherman's March Through the Carolinas, and Marion Lucas's Sherman and the Burning of Columbia are all texts by well-renowned twentieth-century historians who used Simms's account as a primary source. One of the key features of Sack and Destruction is the extensive, street-by-street list of property destroyed during Sherman's occupation of Columbia; the aforementioned historians draw on this list, with their other research largely corroborating the validity and accuracy of it. Simms's account of Sherman's occupation and the subsequent burning of Columbia serves as an important historical document, narrating one of the signal moments of the final days of the Civil War. The accuracy of Simms's work reflects his longstanding commitment to the importance of historical narrative, and how this aids individuals in understanding their place in morally and politically complex environments. While Simms's work in this vein is most readily seen in his fictional Revolutionary War romances, Simms does similar work here through striving for accuracy, something he accomplishes by utilizing his journalistic acumen.