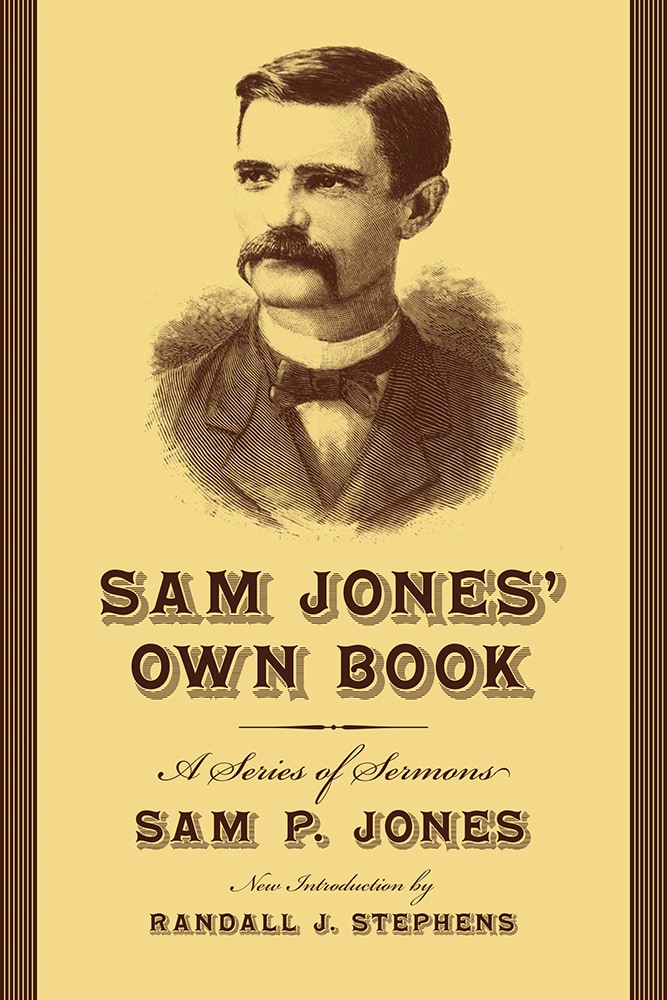 A Series of Sermons

Deemed the "Georgia Wonder," Methodist preacher Sam Jones (1847-1906) was one of the most famous men in late-nineteenth-century America and was among the first evangelists, along with Dwight Moody, to garner a national reputation. Jones was a master orator, and, after Moody's death he assumed the mantle of America's premier popular preacher.

Sam Jones' Own Book was a national bestseller on its initial release 120 years ago but has been largely out of print ever since. The volume collects Jones' most popular sermons, each peppered with southern wit, folk wisdom, and straightforward calls for reform, like his clarion call to "quit your meanness." Throughout, the book ably demonstrates the unvarnished humorist and moralizing preacher at his cleverest: "Whisky is a good thing in its place," he declares in one representative passage, "and that place is in hell. If I get there I will drink all I can get, but I won't do it here." A brief autobiographical sketch recounts his personal trials and triumphs as well.

Loved or hated, praised or reviled, Sam Jones was never ignored while he occupied the national stage. He was a larger-than-life southerner who charmed crowds across America with an inviting—albeit simple—reform-minded message. His sermons and aphorisms shed light on the social and religious culture of the late Victorian era and offer modern readers a valuable window into an exciting and turbulent age in American history.

This Southern Classics edition of Sam Jones' Own Book includes a new introduction by Randall J. Stephens, which explores the rise and reputation of Jones and the reception of his book.


An associate professor of history at Eastern Nazarene College, Randall J. Stephens is an editor of the Journal of Southern Religion, the associate editor of Historically Speaking, and the author of The Fire Spreads: Holiness and Pentecostalism in the American South.

"Aimed at general audiences as well as theologians and scholars, this book illustrates Jones' popular and inspiring sermons and reveals his wit and wisdom in discussing such timely concerns as political reform, temperance and a need for people to 'quit your meanness.'"—Book News