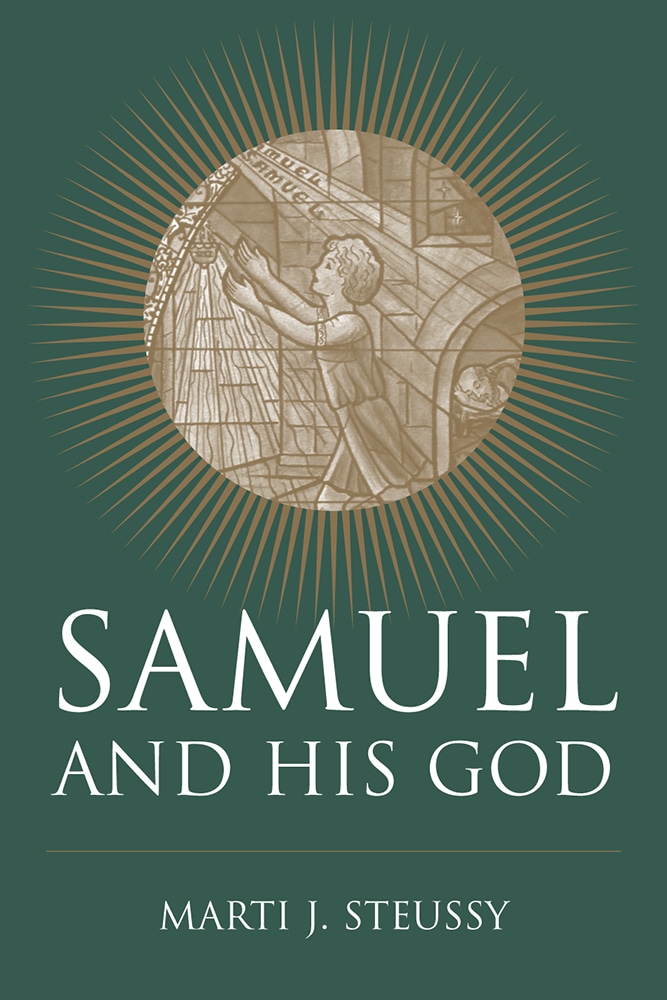 Samuel and His God

Samuel and His God explores the relationship among a prophet, his deity, and their people in 1 Samuel. Marti J. Steussy illumines the vexing elements central to this multifaceted narrative and probes the questions it raises, particularly with regard to the authoritative voice of Samuel, of God as portrayed in this account, of the narrator or narrators, and of the Bible itself. In this sense, Samuel becomes a case study in how the Bible's authors use stories to argue for who may speak for God.

Samuel hears the Lord's calling as a boy, becomes a servant to the priest Eli, and later becomes Eli's successor. As a leader of the people of Israel and a conduit for God's message, Samuel is a figure of immense authority, ultimately anointing the first two kings of Israel, Saul and David, and thus precipitating the transformation of Israel from a collection of tribes into a nation under a monarchy. But in biblical and historical portrayals of Samuel's interactions with his God, their people, and these early kings, the narratives introduce significant discontinuities and disruptions, most famously with respect to the question of whether kingship came to Israel as a sinful human initiative or as a divine gift.

Steussy takes up the challenge of helping readers grapple with the possibility that a multitude of storytellers representing disparate agendas may be responsible for aspects of Samuel's tale, and this makes mapping the cumulative story a problematic but revealing task. Samuel's story is further complicated by our embedded notions about prophets, God, and the nature of the Bible itself. The relationship between Samuel and God is often contentious, and the God of Samuel is a pre-Axial deity who does not necessarily act according to our usual assumptions about the "biblical God." Samuel is presented as an irascible and ambitious character whose own stakes in his community at times govern how he interprets and represents his relationship to his God. Steussy's close readings negotiate the plethora of viewpoints to be found here—those of the narrator(s), the characters, and other scholars of Samuel's story—to give us a comprehensive and richly nuanced portrait of one of the more complex personalities of the Old Testament.


Marti J. Steussy is the MacAllister-Petticrew Professor of Biblical Interpretation at Christian Theological Seminary in Indianapolis. Steussy is the author of two science fiction novels and three previous books in biblical studies, including David: Biblical Portraits of Power. She is also editor of the Chalice Introduction to the Old Testament.

"Whether you have visited Samuel's story often or are exploring for the first time, the guidebook you absolutely need to take along with you is Marty Steussy's Samuel and His God. Lucid, succinct, and constantly engaging, Steussy provides a friendly way into a serious critical analysis of the biblical narrative. She creates a conversation of interpreters which points her reader to the big picture as well as the telling details. She prods us to consider what we are doing when we interpret a troubling text and she offers creative suggestions. Sympathetic to Samuel, challenging to God, Steussy's account changed my reading of the story."—David M. Gunn, A. A. Bradford Professor of Religion, Texas Christian University

"Marti Steussy's Samuel and His God combines excellent up-to-date scholarship with lively and accessible prose. The result is a sophisticated literary analysis of the Bible's Samuel traditions that will appeal to a broad range of readers. Steussy skillfully combines the techniques of narrative criticism with the insights of more traditional historical-critical approaches to biblical texts. Arguing that in the current text of 1 Samuel, 'we hear the Samuel stories from a sequence of tellers,' Steussy helps us appreciate the net narrative effect of a final form that developed over time, incorporating many voices and divergent opinions on the nature of God and of human leadership in Israel. Taking a cue from the Samuel stories themselves, she resists our tendency to smooth over the tensions in the texts and simplify their complexities. Her honest, careful reading is engaging, provocative, and certain to appeal to scholars and laypeople alike."—Richard H. Lowery, Phillips Theological Seminary and Lexington Theological Seminary