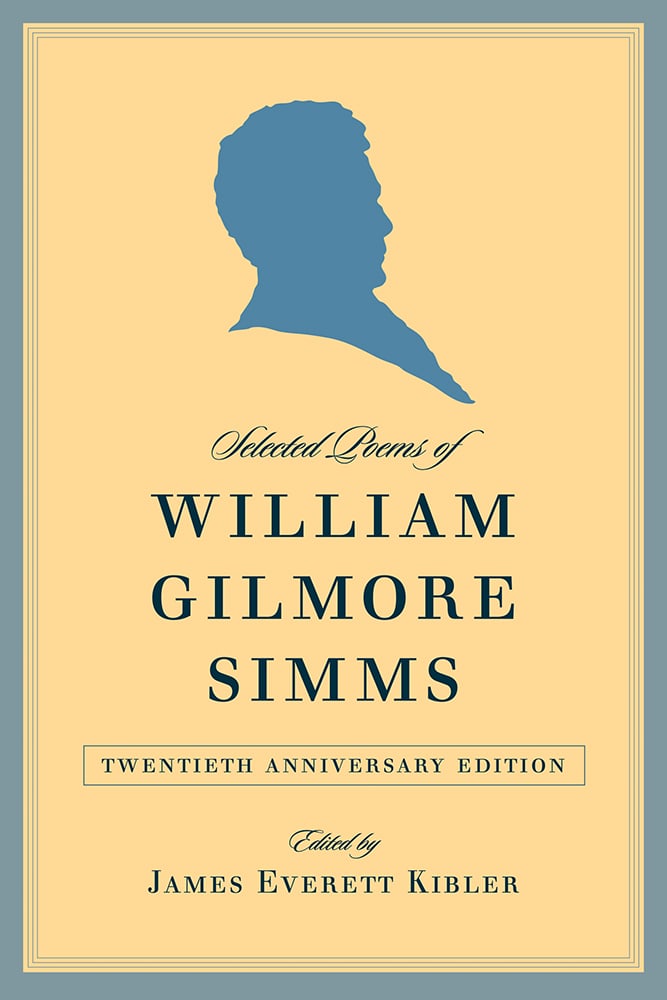 This twentieth anniversary edition of the Selected Poems of William Gilmore Simms, edited by James Everett Kibler, makes available once again the distinctive poetry of one of South Carolina's foremost men of letters as introduced and annotated by a distinguished scholar of Simms and his poetry.

William Gilmore Simms (1806-1870) has long held the attention of scholars and general readers alike for his numerous volumes of Southern history and literature, but his poetry—which he considered the truest measure of his literary achievement—has remained largely on the periphery of Simms studies. In 1990 Kibler published the first edition of this volume to make widely available nearly two hundred of the most sophisticated examples of Simms's extant poetry—signed and unsigned, published and unpublished. These poems reveal Simms to be deeply concerned with faith, family, nature, tradition, his native Charleston, and a vision of Southern culture that, while conservative, is more broadly defined than formerly recognized. Simms's mastery of poetic forms is evident as he moves effortlessly from ballads and odes to sonnets and epigrams. His spontaneous lyrics seem modern in their vivid conveyance of emotions, a characteristic rarely matched by his contemporaries, and the rich historical imagination at work in other verses further distinguishes him.

This revised edition is augmented with fifteen new poems as well as a new introduction by Kibler reflecting on the past two decades of Simms scholarship. The volume is a clarion call for renewed appreciation of a once forgotten poet now on the cusp of reinstatement as a major American voice.


South Carolina native James Everett Kibler is a novelist, poet, literary scholar, and leading authority on Simms. Kibler's other books include Our Fathers' Fields, Walking toward Home, Child to the Waters, and The Poetry of William Gilmore Simms: An Introduction and Bibliography. Kibler lives on the Tyger River in upcountry South Carolina.

"At his best Simms was a fine poet, both passionate and formally accomplished. His work is well worth recovering."—Virginia Quarterly Review

"Kibler's edition of Simms's Selected Poems is not only valuable in that it gives us the equivalent of a new poet; because of Simms's stature in the antebellum South, Kibler's research sheds light on Simms's society as well. . . . Kibler's long, painstaking reconstruction of Simms's true voice deserves both applause and attention."—Mississippi Quarterly

"Simms most definitely deserves this attention because of his national, not just Southern, importance. . . . Kibler's edition of Simms's poetry . . . is a splendid achievement of editing and scholarship."—South Atlantic Review